Quarantine life is hard: you need a new project, but one that feels fun, achievable and satisfyingly nerdy. Enter the best Lego sets, which we've handily collected in one brick-tastic place.

What's great about the best new Lego sets is the sheer variety on offer, for all ages and ability levels. From pop culture tie-ins like The Upside Down from Strange Things to a new version of the International Space Station, we've rounded up builds for every price bracket.

There's even an app-controlled rally car for Top Gear fans with a sizable living room, or for the Manchester United fan with Premier League withdrawal symptoms, the superb new Old Trafford replica.

We've concentrated on Lego's newer sets, but there are also some fine sets from last year too in the form of the Lego AT-AP Walker and Tree House, which is one of Lego's most eco-friendly sets so far thanks to the use of a sustainable polyethylene pieces. Time to clear the kitchen table and get cracking… 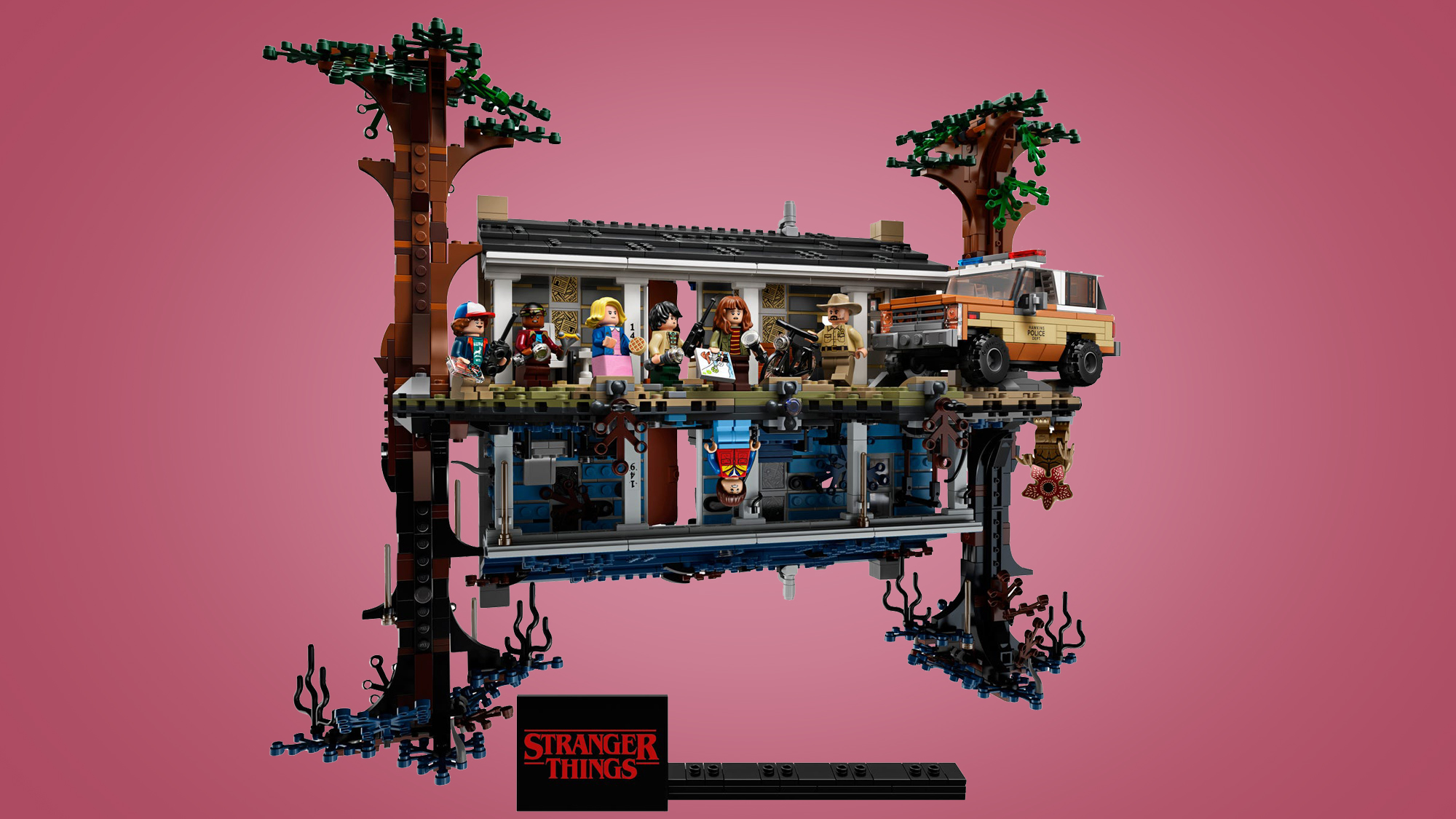 Stranger Things has been a global phenomenon, and this set from Lego allows you to have a little bit of Hawkins and The Upside Down in one set. All your favorite characters are included here too, with a special demogorgon minifigure as well.

This is one of the more creatives Lego sets we’ve seen in recent years, and it’s a must-have for any Stranger Things fan. Maybe setting this up can keep your nostalgia buzz going until Stranger Things season 4 lands.

Buy the Lego The Upside Down set 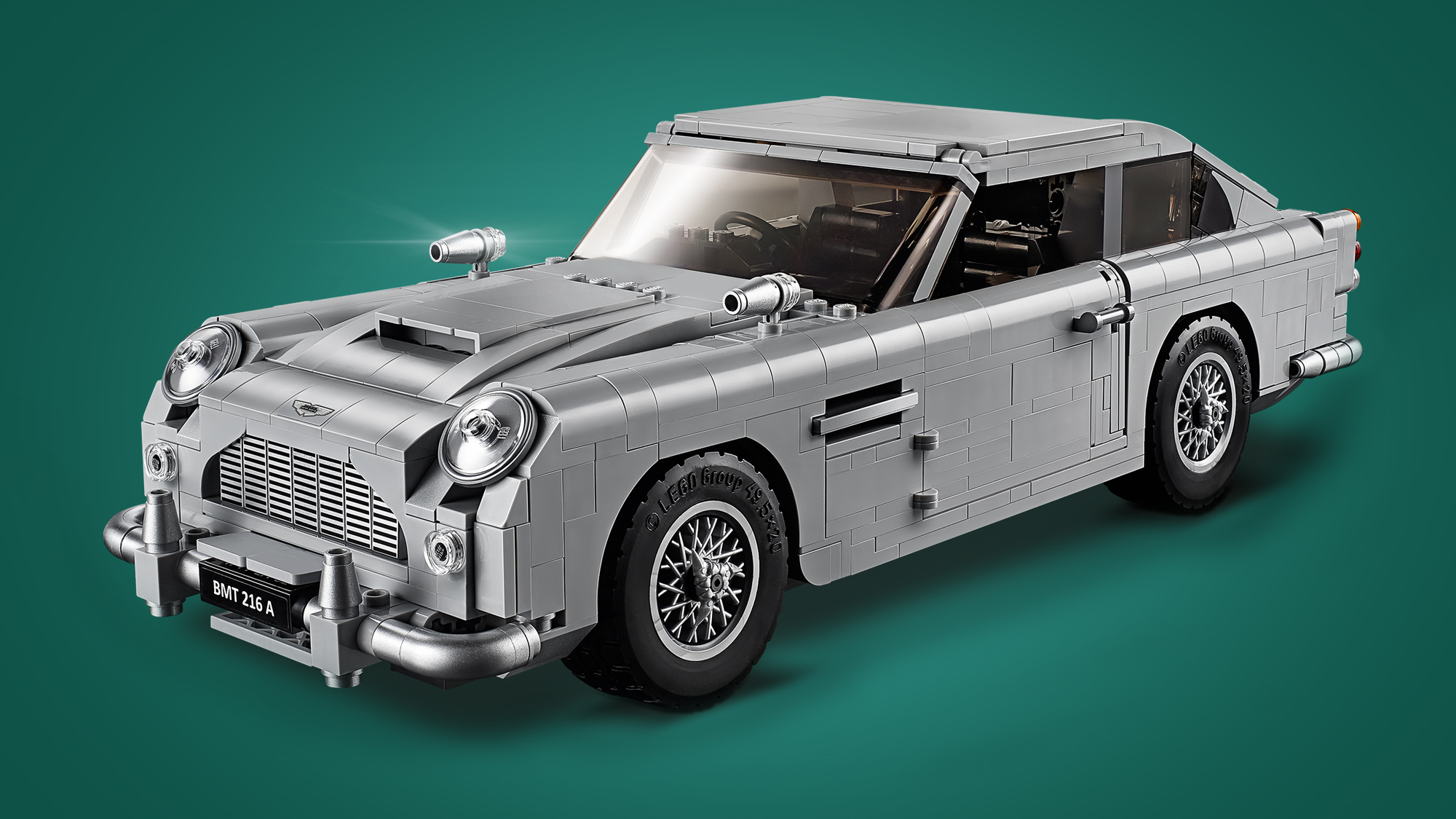 James Bond’s most iconic car was the Aston Martin DB5, although it only appeared in eight films (including No Time To Die). You can make a Lego version of the car as it appears in Goldfinger, complete with all the tricks and gadgets.

Sadly, there’s no James Bond minifigure here (as none officially exist, yet), but if you’re a fan of the books, films, or even video games, this is a nice exhibit for your home. 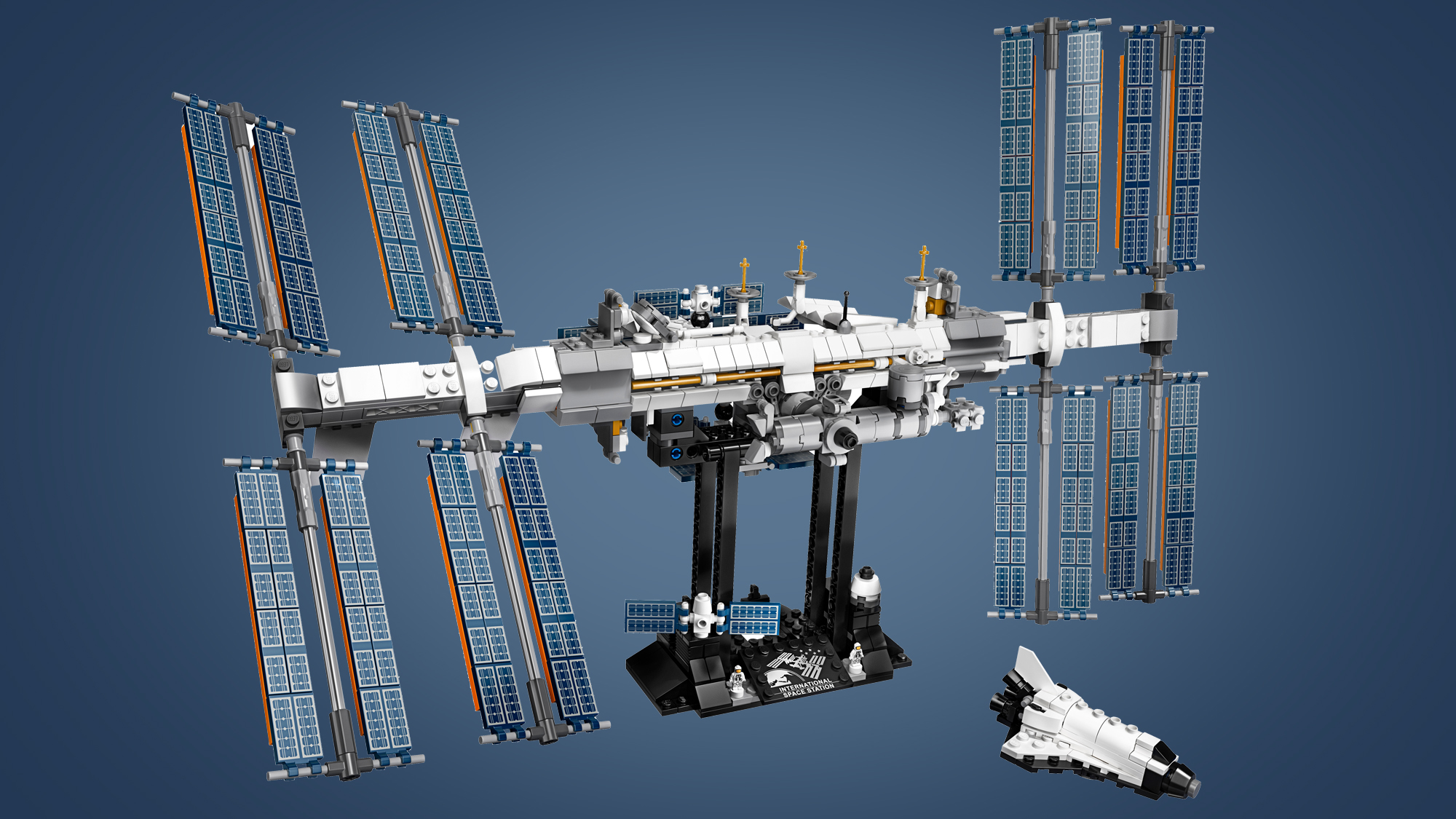 If you've been steadily building a NASA collection or just want to get a bit more galactic in your Lego aspirations, then this fine recreation of the International Space Station could be for you.

A good-value set, the ISS has eight adjustable solar panels and a mini NASA space shuttle with two astronaut minifigures. It also comes with a display stand, so it can sit on your shelf as a fine background piece for your YouTube channel. 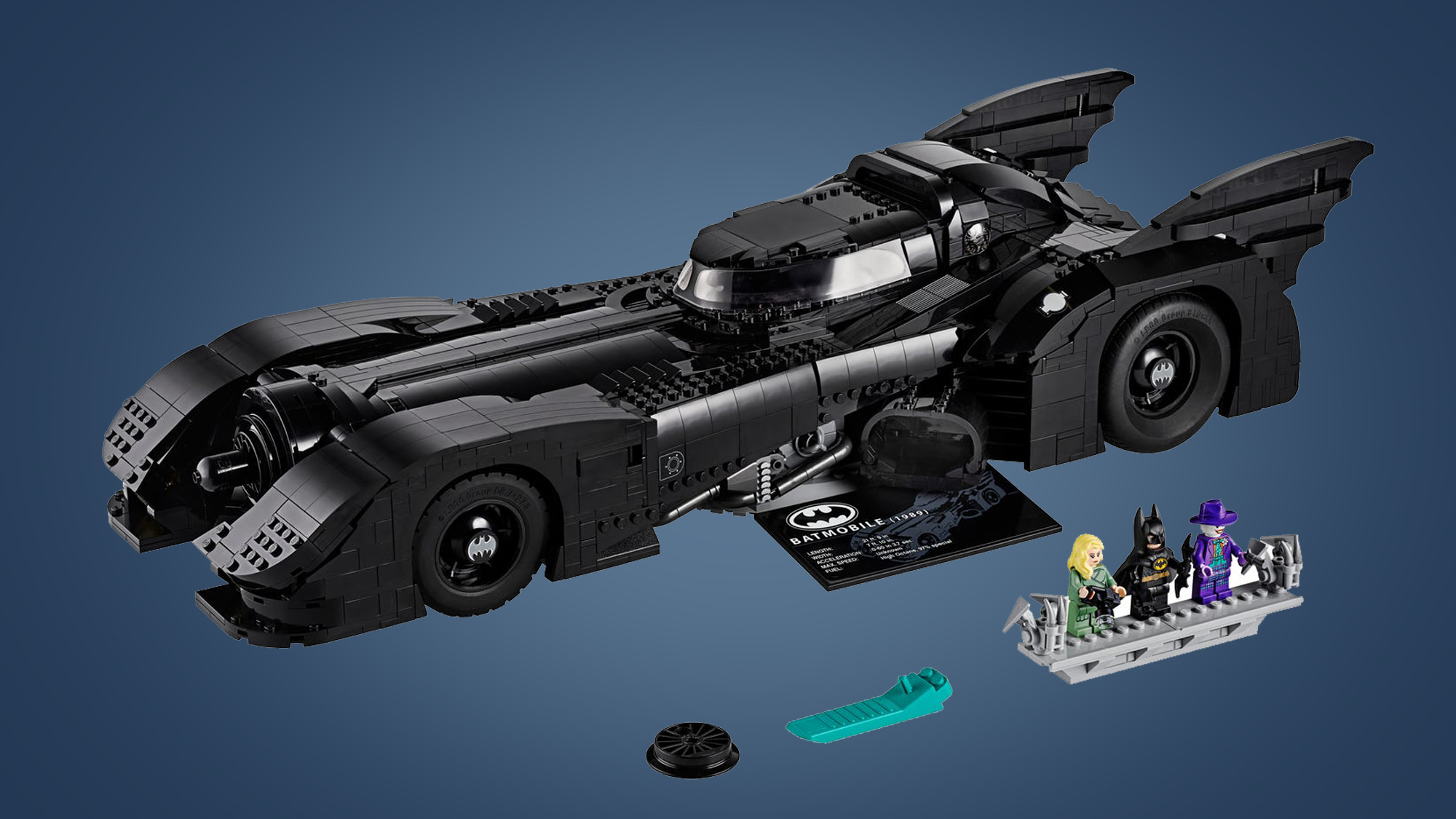 Well, crikey. Sometimes looking at a Lego set just does something to you inside, and this expensive set offers that experience. Based on Michael Keaton's Batmobile in the 1989 Tim Burton movie, clearly this is a more of a collector's piece than something you'd let your kids get toffee stains on.

It's a serious investment for a Lego set, but you can see the appeal. The stand enhances the collectors' appeal, and inside the cockpit, you'll find details accurate to the movie's depiction of Batman's iconic vehicle. You get three lovely minifigures, too: a very Nicholson-esque Joker, Bats and Vicki Vale. 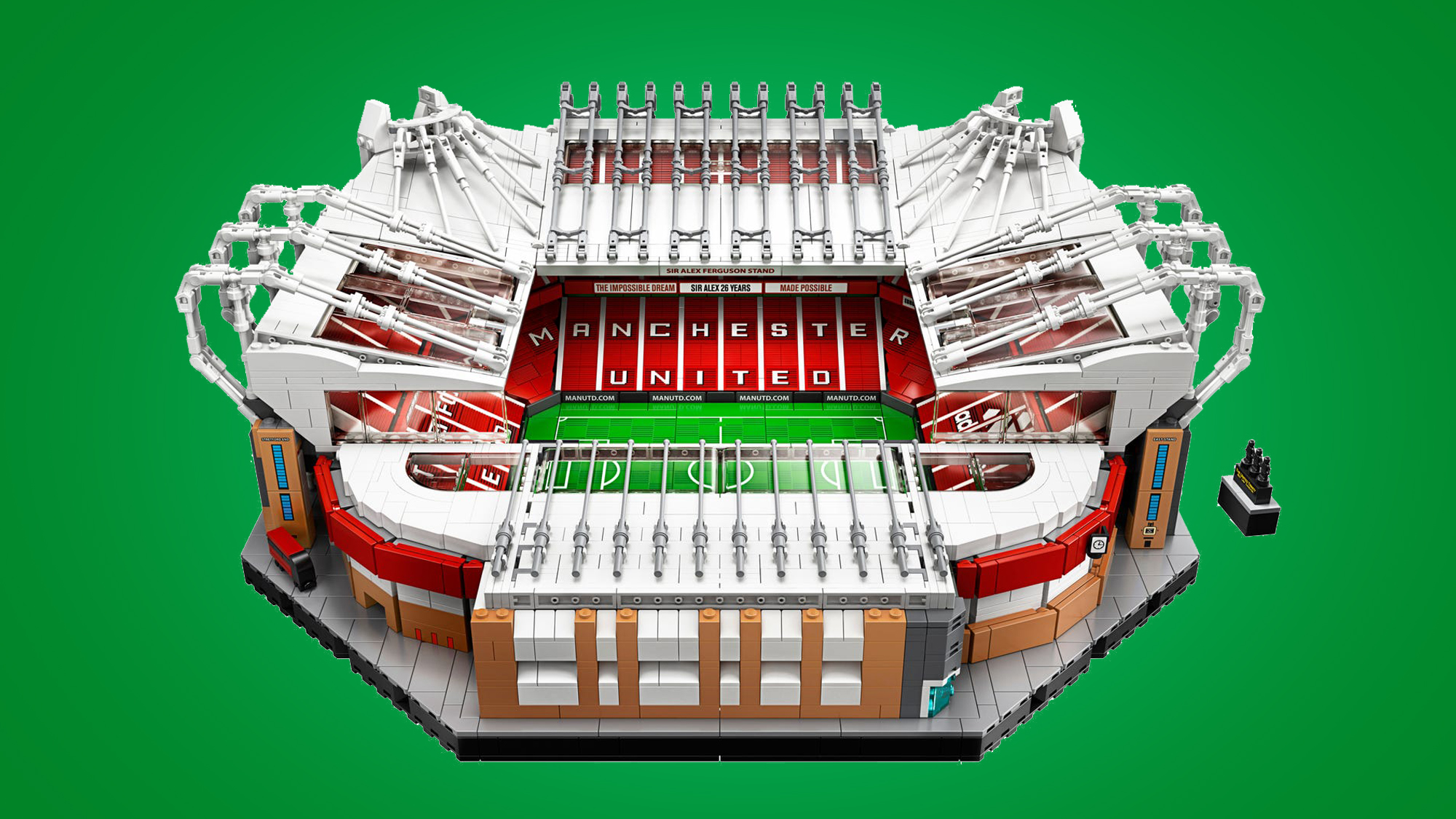 Tired of watching Ole Gunnar Solskjaer painstakingly rebuild the Manchester United football team? It's time to do some building yourself with this spectacular 1:600 replica model of the English Premier League team's stadium.

As you'd hope a set this expensive, there's some serious attention to detail in this Lego Creator set. The Stretford End has been faithfully reproduced, while you also get statues of Sir Alex Ferguson, Matt Busby and the United Trinity (former players Best, Law and Charlton). With the old players' tunnel included too, even non-Manchester United fans might be tempted to build it. 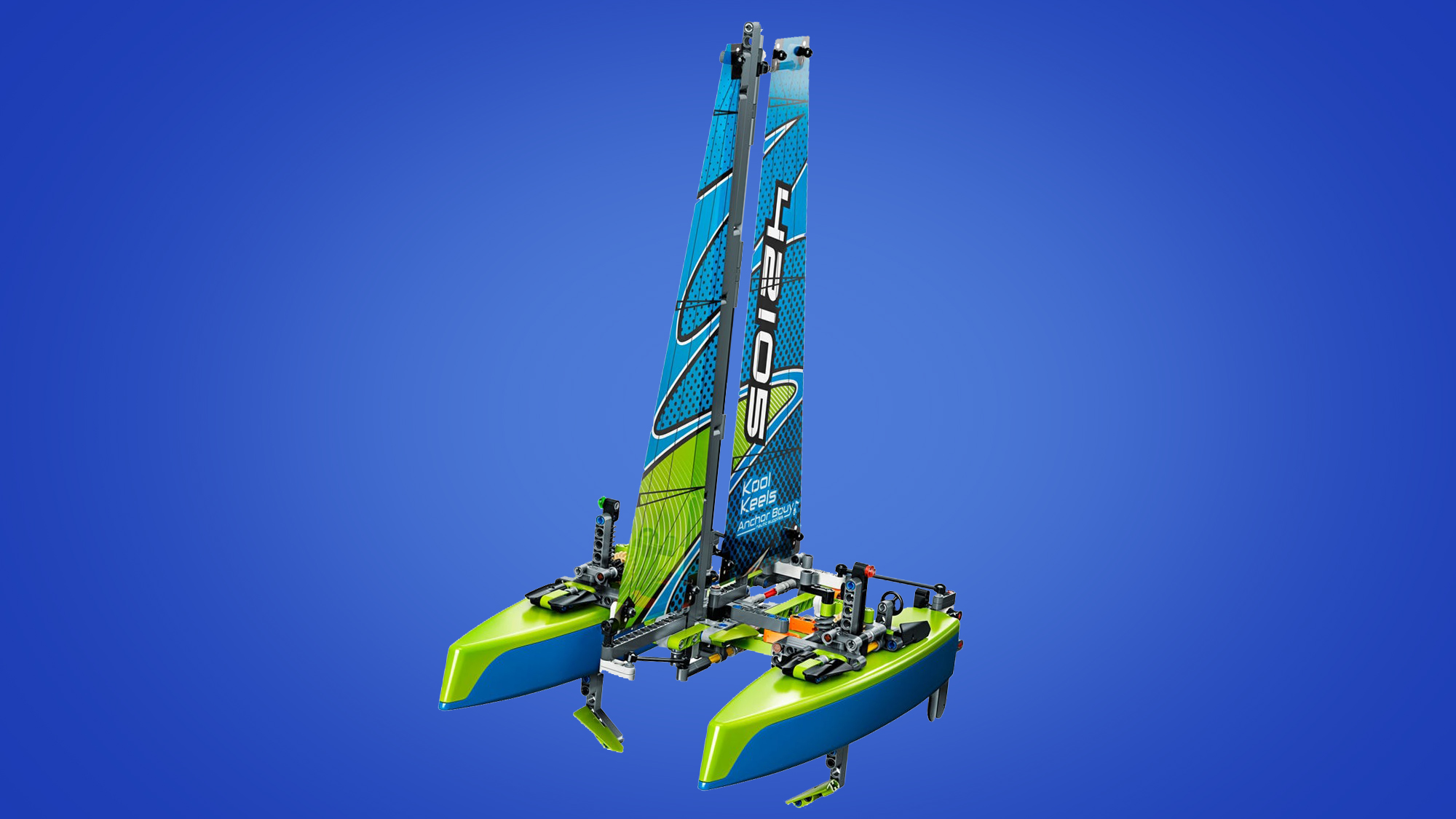 The Lego Technic Catamaran is a brilliant set that shows off exactly what the Technic line is intended to do: teach builders how complex machines work and let them explore how they function first-hand.

Even though the resulting model is dominated by twin pontoons and the large sail, the Catamaran set is deceptively intricate, with a linked rudder to steer and two retractable ‘daggerboards’ that keep the craft stable in the wind. But best of all, the completed model even floats, allowing builders to see their catamaran set sail. 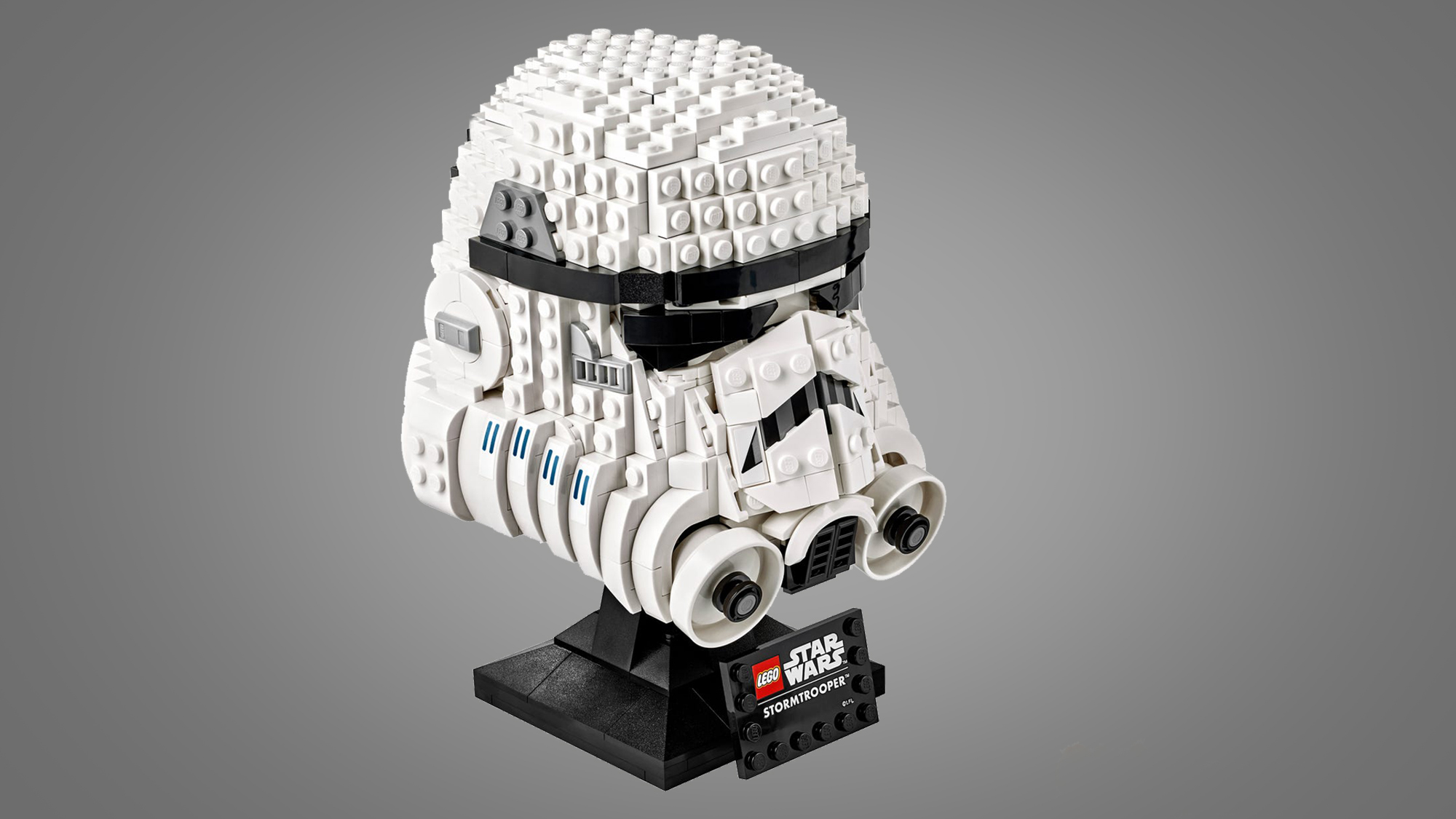 Lego's Star Wars helmets are so new that they're currently only available for pre-order, but they'll be shipping very soon. Alongside the Stormtrooper model, you'll also be able to buy Boba Fett and TIE Fighter Pilot helmets too.

Part collectible, part display piece, the Stormtrooper Helmet has the signature menacing black eyes and white armor. It's designed to be a challenging build for Star Wars fans who are 18 years old or over, but there's no doubt it's likely to be a hugely satisfying dark side project. 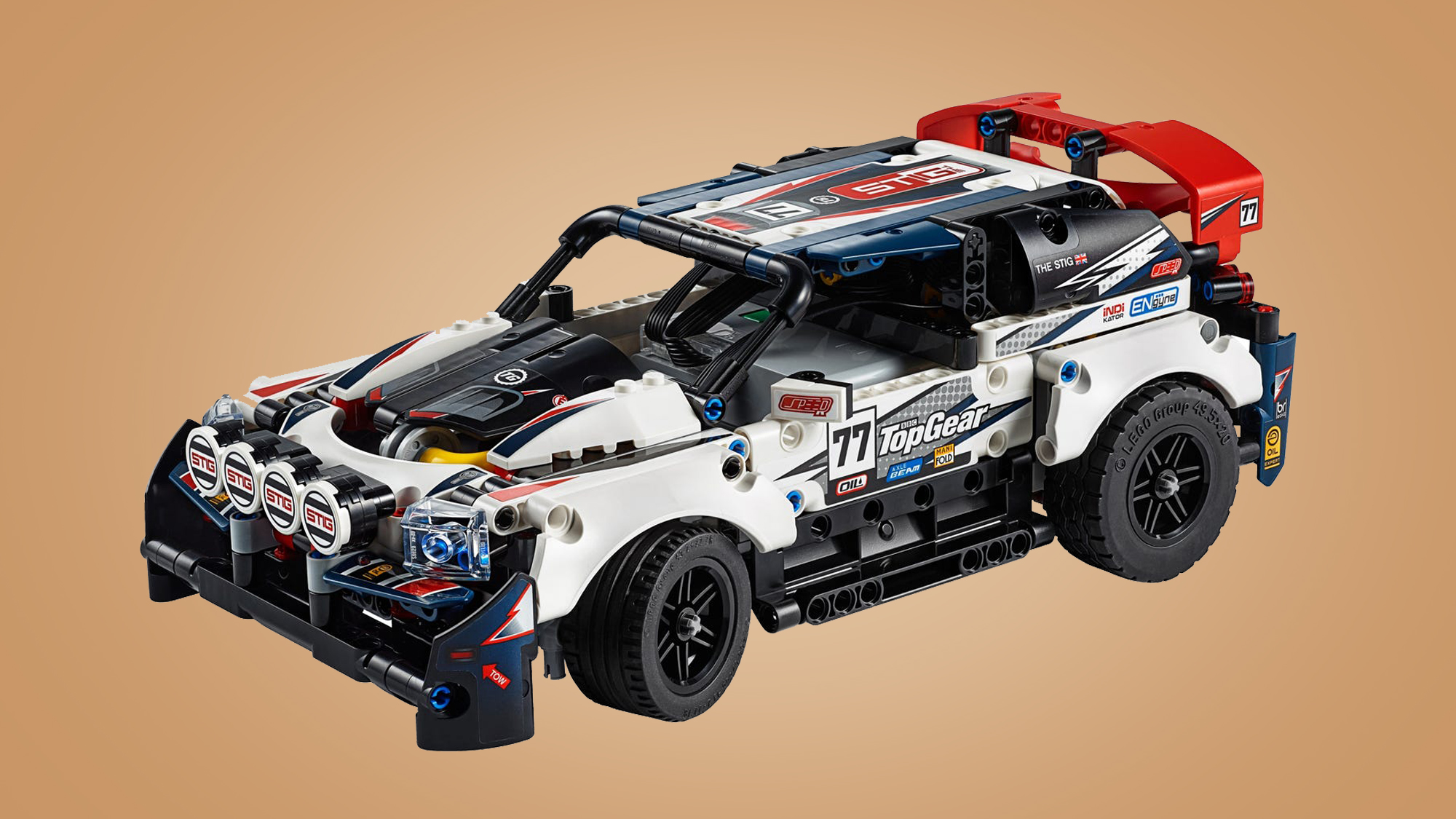 Now here's a proper challenge for those who really miss the days of doing real rally track days – a fully-working model of the Stig's rally car from the BBC's Top Gear show.

The build itself looks fun and challenging, but what's particularly cool is the attention to detail in the accompanying app. There are pedals, gear changes and gyroscope-based steering, along with sound effects. Once you've mastered the controls, there are also racing challenges and real-time feedback on your driving. 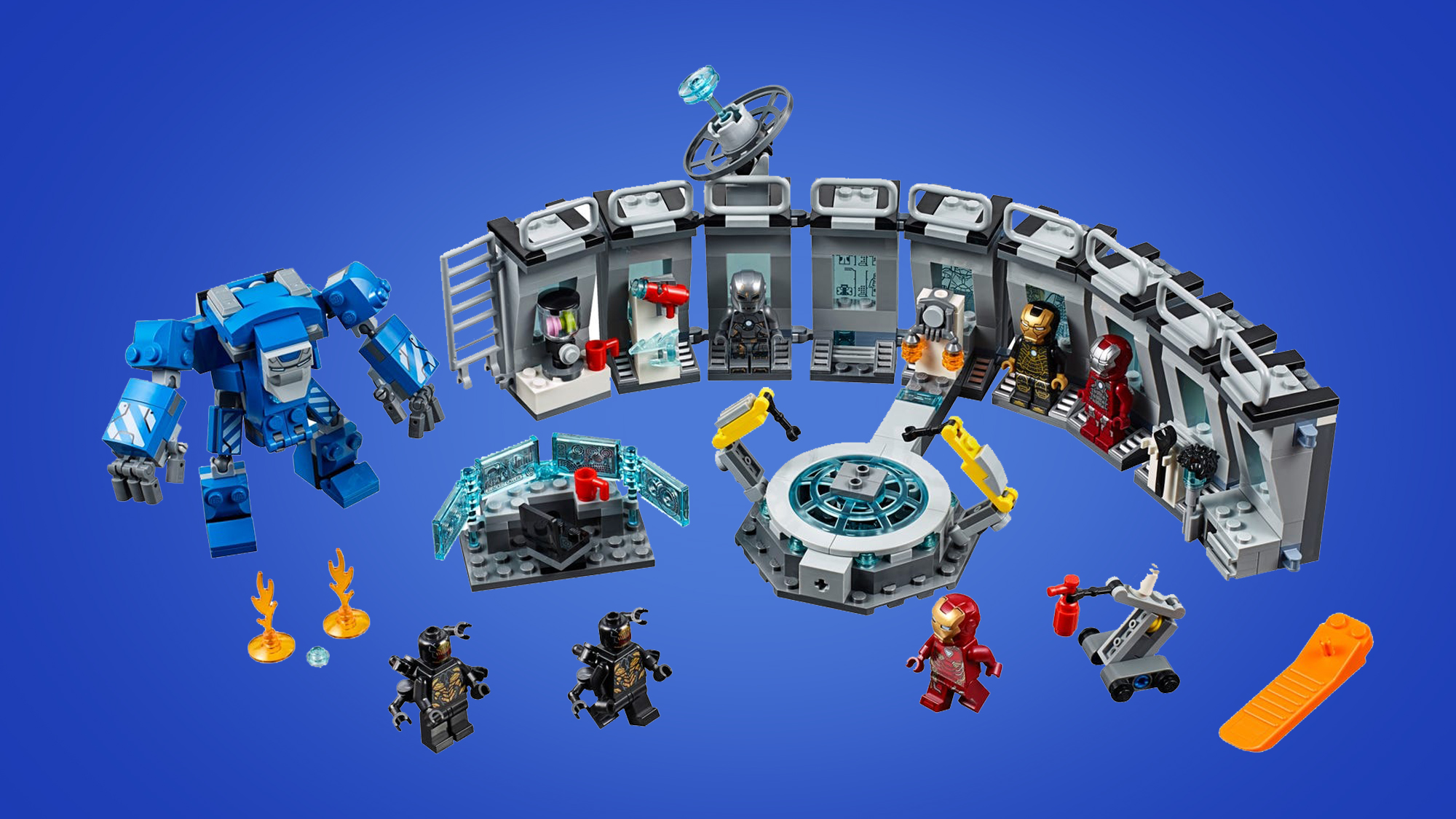 Iron Man has become one of the true icons of the Marvel Cinematic Universe, and you can now own a variety of his suits and his lab in Lego form. The Hall of Armor – which looks similar to how it appears in the Iron Man movies – is a great cheaper set if you’re looking for an Avengers themed choice.

You’ll get a variety of different armors from the film alongside the lab where he stores them itself as well. The best part is you can design the lab yourself with the ability to stack the suit displays high or in a semi-circle. 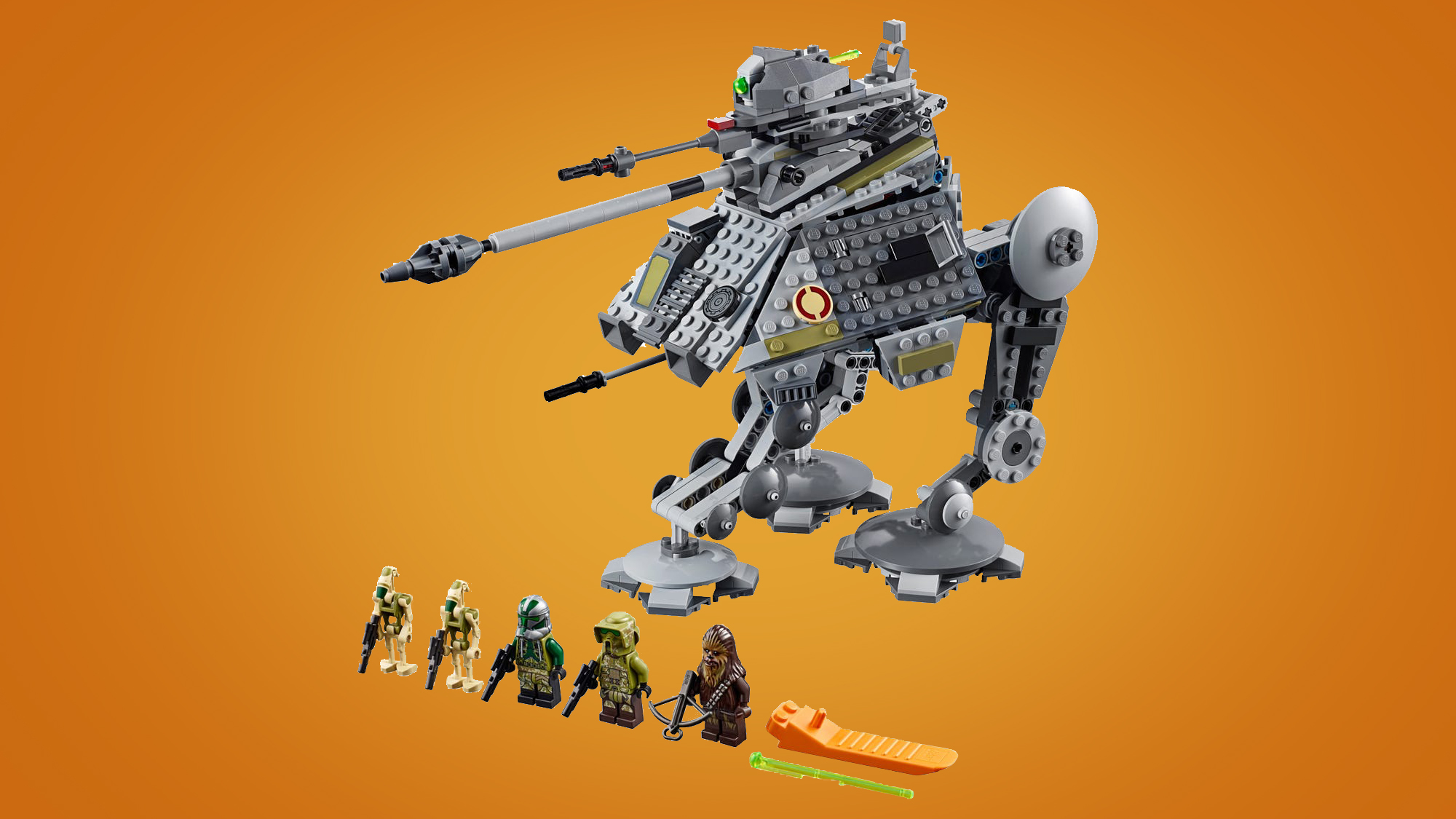 Lego's been making high-quality Star Wars merchandise for over two decades now, and it was so popular it kicked off both the trend of making themed Lego videogames and producing tie-in products based on popular franchises. There are dozens of sets you could pick up, but if you want something that's only moderately challenging and not eye-wateringly expensive, consider this Clone Wars-era set.

The two Kashyyyk-themed Clone minifigures have a swampy, worn color palette, which is a nice detail. You also get Chewbacca, too, and two battle droids for the wookiee to throw around. Sadly none of Chewbacca's Kashyyyk-dwelling family members from the Star Wars Holiday Special, like Lumpy, make the cut. 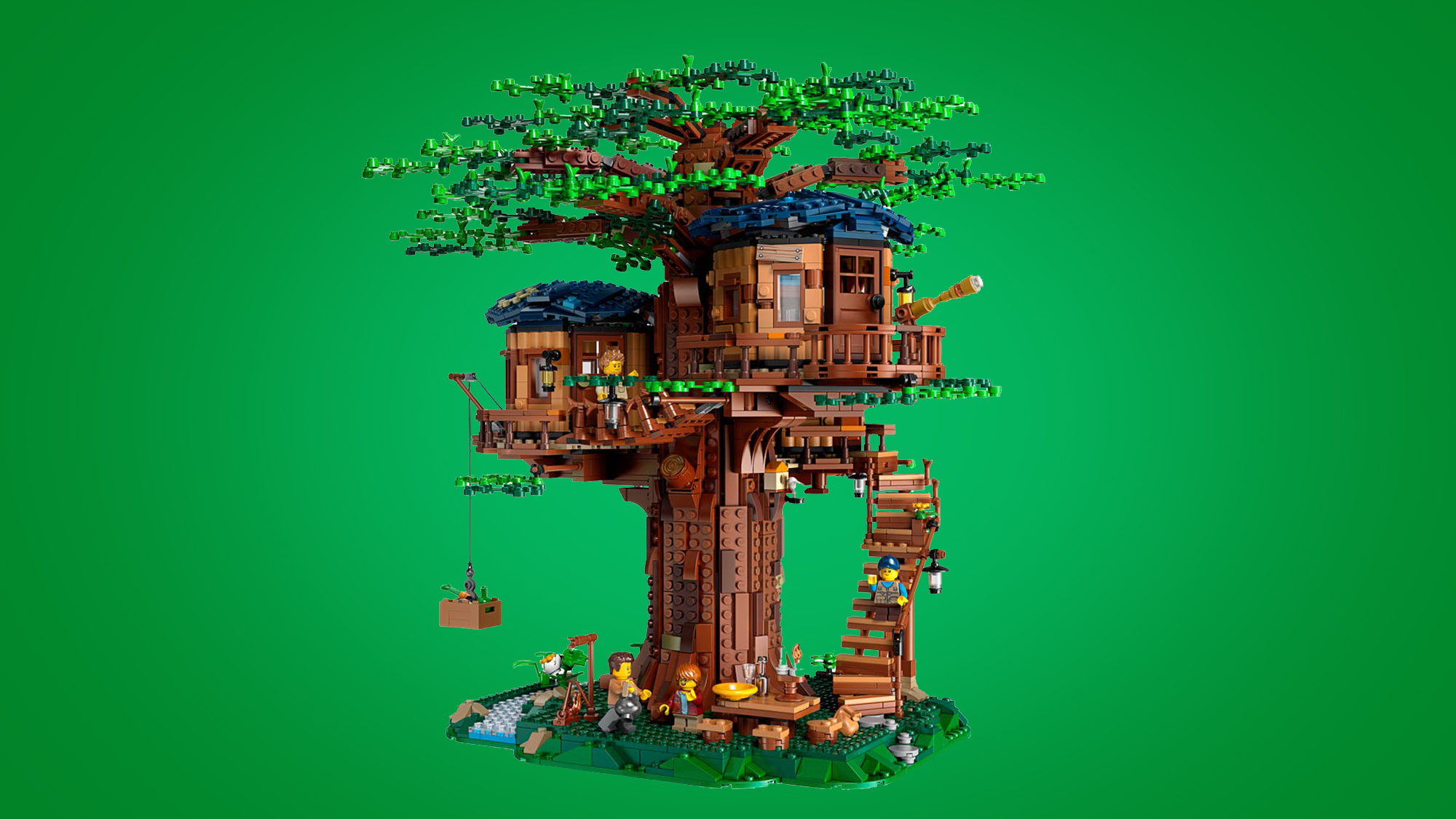 The Tree House set from Lego ideas is the kind of set you can play with but also leave lying around your house on a shelf, looking good. It’s a fairly big set, with different openable areas and levels, and comes with different sets of leaves that you can mix and match to fit the season.

A highlight of the set is that the leaves are actually made from leaves – well, plant-based plastics – showing an admirable move on Lego’s part towards eco-friendly and sustainable materials.