The entire Star Wars Skywalker saga is coming to 4K...

By now, you may have heard that Star Wars: The Rise of Skywalker has officially been announced for release on Blu-ray and digital streaming, alongside a massive boxset encompassing the entire Skywalker Saga on 4K Ultra HD Blu-ray.

Following on from that news, we now have images showing what the Skywalker Saga boxset will look like, along with information on what will be included inside it, how much it will cost and where you'll be able to purchase it. 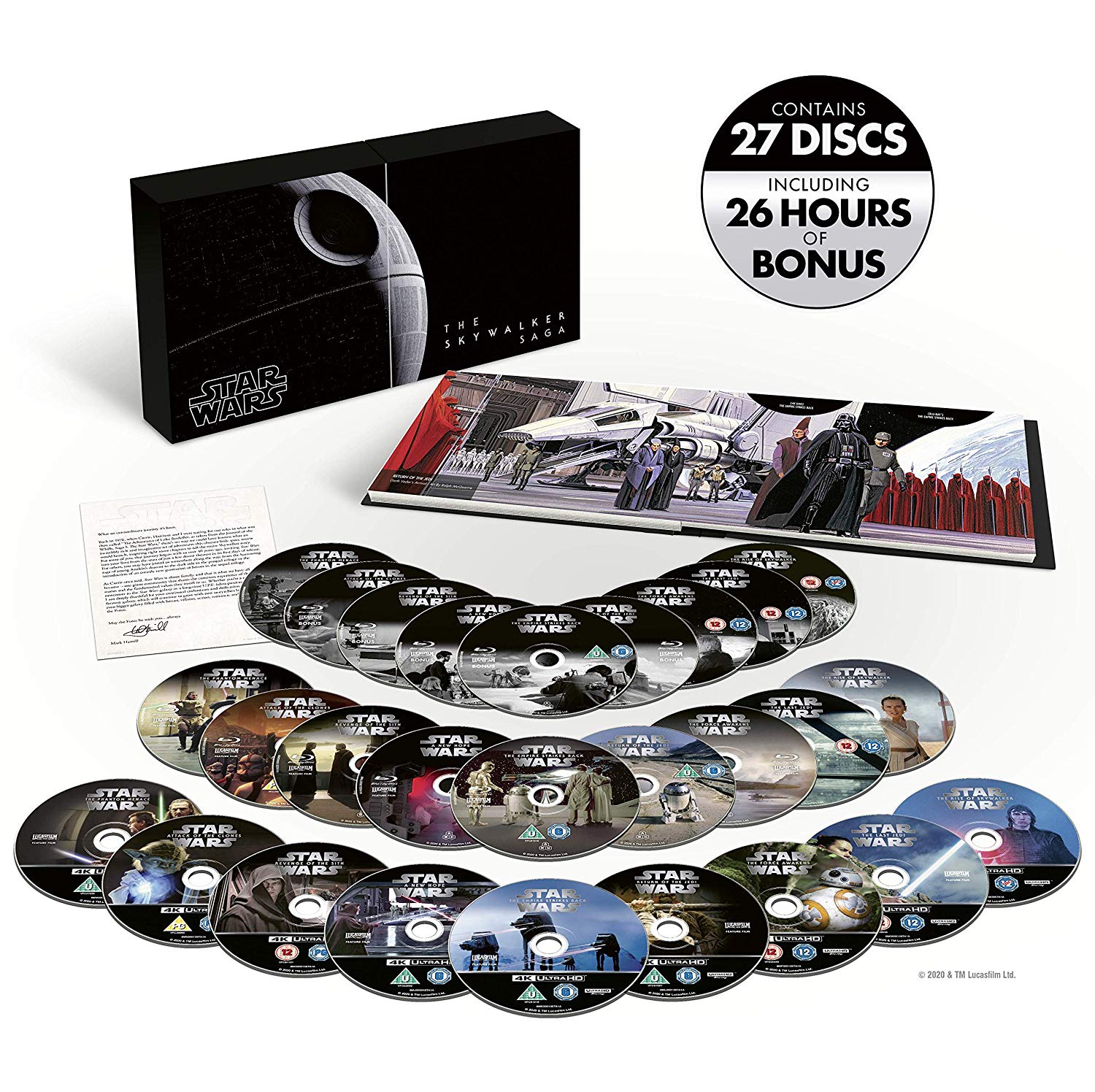 In terms of the films included, the boxset will be comprised solely of the nine main entries in the Skywalker Saga – The Phantom Menace, Attack of the Clones, Revenge of the Sith, A New Hope, The Empire Strikes Back, Return of the Jedi, The Force Awakens, The Last Jedi and The Rise of Skywalker – meaning Star Wars spin-offs Rogue One and Solo are not part of this collection.

The boxset will hold a staggering 27 discs in total, with 18 discs reserved for each of the nine movies on both 4K Ultra HD Blu-ray and standard Blu-ray, along with an additional nine discs that hold 26 hours-worth of in-depth special features.

Where can I get it and for how much?

As for the UK, customers can now pre-order the boxset exclusively from Amazon.co.uk, which is priced at £199.99 with a release date of April 20, 2020.

Unfortunately, we don't have pricing or availability information for Australia yet, but don't fret – the first eight films in the Skywalker Saga are currently available to stream in 4K HDR with Dolby Atmos audio on Disney Plus.