Did your Samsung Galaxy get a strange notification? Here’s why...

Update: Samsung has now offered a clarification on the notification, and you'll find the company's statement below.

Did you find your Samsung phone recently received a notification that said the number one without any context? It was sent out to Galaxy phones around the world mistakenly from the Find My Phone app.

Lots of people are reporting the notification that came from the app but just read "1" with a further "1" sat underneath it. If you pressed the notification, nothing happened and it just disappeared.

Twitter and Reddit reports are suggesting a large variety of Galaxy devices were notified, and it isn't just something for the latest series of Galaxy S20 phones. 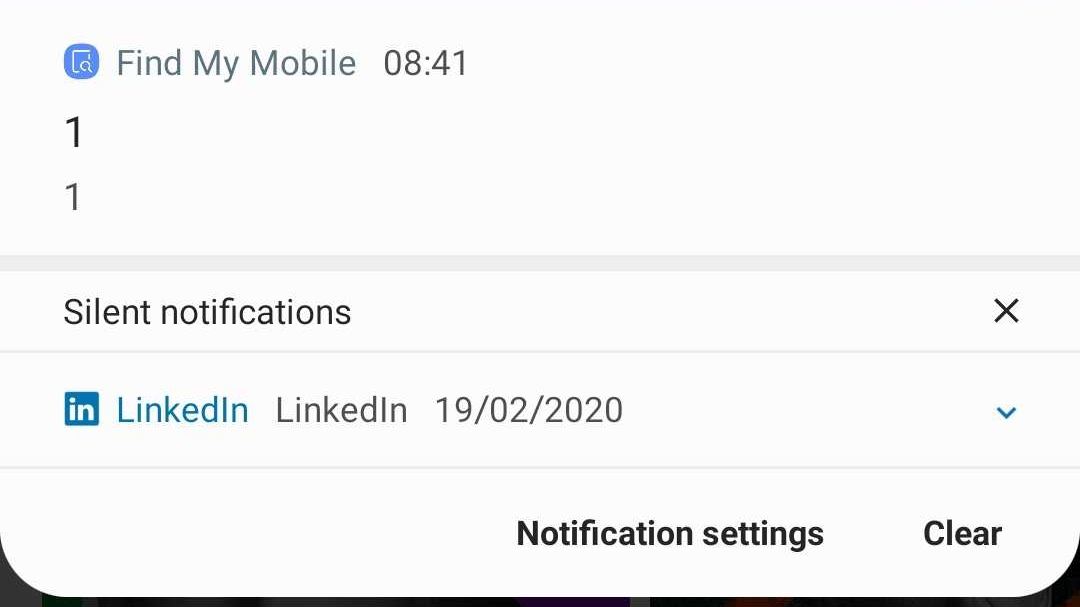 We also recieved the notification on our Samsung Galaxy device, which is where the screenshot above was taken from, so it seems this notification is widespread.

Samsung has said on Twitter that the problem "occured on a limited number of Galaxy devices."

According to the company, "This notification was confirmed as a message sent unintentionally during internal test and there is no effect on your device."

"Samsung apologises for any inconvenience this may have caused to our customers and will work to prevent similar cases from occurring in the future."

So you shouldn't be concerned by the arrival of this notification, and it seems Samsung is working to stop anything similar happening again soon.

Previously, OnePlus owners received notifications on their phones of text and Chinese characters that didn't make sense. OnePlus then admitted the mistake was from an internal test to do with Android, so it may be a similar situation here on Galaxy devices.