There’s a reason people have been eagerly awaiting the iPhone SE 2: to herald in a new era of the best iOS and iPhone functionality at a low cost.

But folks also appreciated the original iPhone SE’s home button, and with it, Touch ID. The upcoming ‘New Spring iPhone 2020’ – presumed to be the iPhone SE 2 – will retain the home button, according to noted leaker Evan Blass, and we have little reason to doubt it.

But would Apple let one of its brand-new handsets have a low-tech authentication method given how much it’s invested in facial recognition with Face ID?

Absent Blass’ intel and solid track record, we’d be skeptical. True, Apple still produces the home button-packing iPhone 8, but that handset debuted in 2017, and currently sells it as a budget model. But it’s very likely that Apple will replace the 8 with this new iPhone SE 2 (or whatever it ends up being called) – which means the company has virtually a clean slate.

Apple has pointedly chosen not to develop in-screen fingerprint sensors, unlike all of the flagship Android phones that rival the top-tier iPhones, and relies on Face ID for all its authentication. So we honestly doubt Apple would allow the iPhone SE 2 to have both Face ID and Touch ID.

Because that would give consumers what they really want. 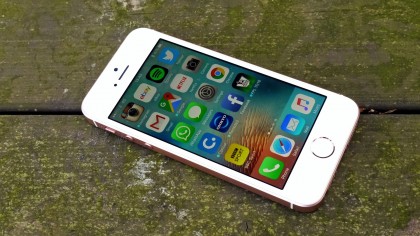 Apple philosophy: designing for what you’ll crave tomorrow, not what you want today

Apple’s age-old philosophy of designing products that consumers will want once they see them, not designing for what consumers say they want, still feels like a guiding principle. This is peppered through the company’s successes, from imitating and refining Xerox’s GUI and mouse with the Macintosh in the 1980s to pushing for the nearly all-screen iPhone in 2007.

The oft-cited Steve Jobs quote – “Our job is to figure out what they’re going to want before they do” – seems to characterize Apple’s resistance to bow to customer desires. For years, the company has ignored calls for a switch to USB-C port (iPhone), not just having USB-C ports (MacBook), and longer battery life (Apple Watch).

So we’d be reluctant to guess Apple would allow the iPhone SE 2 to have both Touch ID and Face ID, because consumers have wanted that for years. Rationally, there’s reason for Apple to resist a return to fingerprint authentication, even if plenty of apps still allow it in order to cater to older iPhone and iPad owners: they don’t go back on their tech.

Think about the company’s bold choices: killing the disk drive in the original iMac, killing the 3.5mm headphone jack in the iPhone 7, and killing the CD-ROM in the MacBook Air. Apple’s reputation is built on confidently choosing to excise tech in order to force transition to, usually, a new data transmission standard.

In this case, that data is your biometric password, and Apple has little reason to cater to consumer comfort if its ecosystem has been lurching toward relying solely on facial recognition, with fewer touch-only devices supported in nearly every annual milestone OS update for its family of devices. 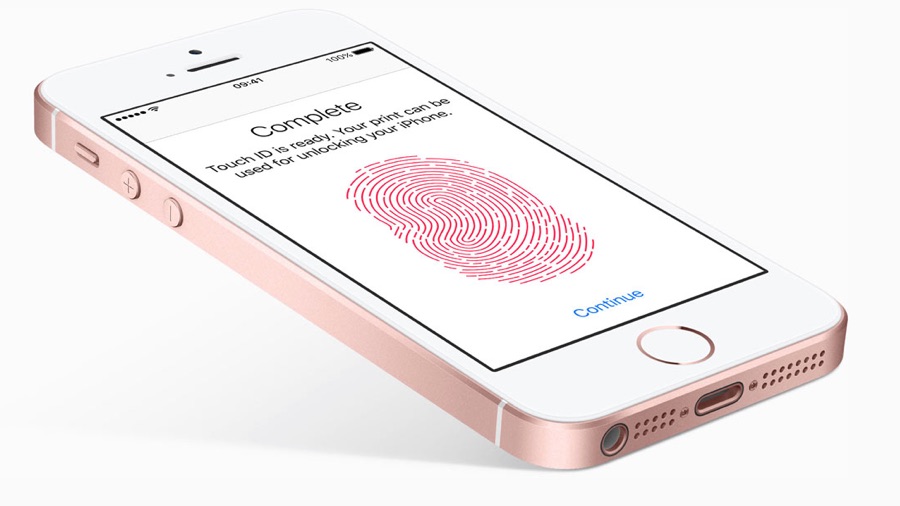 Granted, there is ONE compromise that accounts for Blass’ iPhone SE 2 scoop, but it seems baffling: allow a home button, but don’t give it Touch ID.

That would seem like more trouble than it’s worth: surely Apple’s production lines churning out Touch ID home buttons for older iPhones and iPads could be repurposed to strip out the fingerprint identification, but the point of the SE 2 is to carve out more of the budget market. Fingerprint sensors are found in inexpensive phones because they’re cheaper.

We would love to be proven wrong, especially since the iPhone SE 2 runs a bit counter to Apple’s strategy of hiking up phone prices anyway. If the new handset truly embraces budget design with Touch ID, well, couldn’t we see a return of other long-lost features? Would Apple finally be bending to consumer desires? We’ll have to wait until the iPhone SE 2 comes out – rumor has it, in early 2020 – to find out.

Connect with:
Facebook Google Twitter
Back to
log in
X
The best AT&T phones available in January 2020…UncategorizedThe best AT&T phones have you covered, whether you wanted the latest iPhone or the very best Android phone. AT&T has a wide variety of devices…

X
Best business tablets of 2020: top picks for productivity slates…UncategorizedBelow is a list of the best business tablets, whether you need a new slate for creativity, reading through documents on the go, or managing different …
Cookies
To make this site work properly, we sometimes place small data files called cookies on your device. Most big websites do this too.
Accept
Read more