At CES 2020, we saw plenty of exciting phones, including the rear camera-hiding OnePlus Concept One and the affordable TCL foldable phone. But the one that stuck with me was the Teracube, an Android phone with just the essentials that costs just $350 (around £269 / AU$507), yet is guaranteed to work for four years.

“Teracube is the only phone you'll ever need for the next four years and beyond,” reads the first sentence of Teracube’s Kickstarter, which was successfully funded in October 2019. But there’s a difference between getting crowdfunded and seeing the real phone ready to go on the CES show floor and, per a backer update, expect it to ship in mid-January 2020.

What’s exciting isn’t the features of the phone, which are adequate, but the mission and promised support: for four years after purchase, Teracube’s founders pledge to swap out any defective phone free of charge and replace batteries at no cost. Any accidental damage, like a shattered screen, they’ll replace for a $40 flat fee.

In this way, Teracube’s founders, CEO Sharad Mital and VP Anthony Tsim, present the phone as a more sustainable option – one that you’ll reasonably keep around for four years instead of cycling out for a new one annually or semi-annually.

Sustainability in mission, not materials

The Teracube isn’t built out of more sustainable materials – it’s made of the same stuff as every other phone – but keeping it as your main handset for longer at least keeps it out of landfills.

That’s a way to make the Teracube a more sustainable option today rather than spend money and time on exploratory research to identify Earth-friendly building materials and processes, Mital and Tsim told TechRadar at CES 2020.

Their sustainability strategy, as outlined above, is based on services rather than technology – addressing battery and repair issues rather than pioneering new parts or methods. At least right now: the founders aim to introduce modular design in the next version of Teracube, they told TechRadar.

In the meantime, they plan to fully repair and refurbish every damaged device sent in, replacing them with previously-fixed phones for a loop that extends the lifespan of each handset they produce. 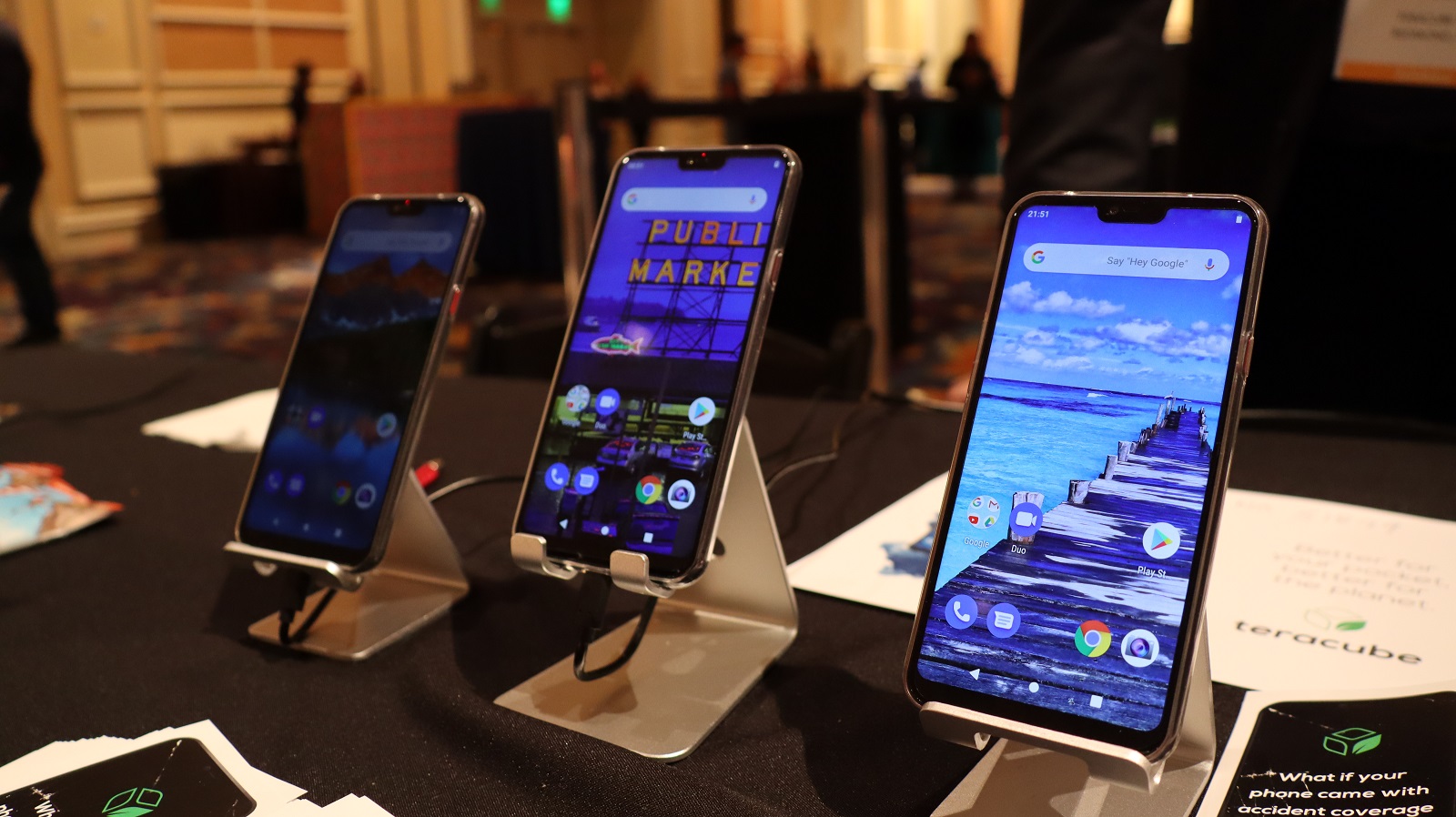 As expected, the Teracube makes a few compromises to get its price down to $350 MSRP, though Mital and Tsim noted they also reduced costs by selling directly to consumers.

First, the Teracube runs on a mid-range MediaTek 12nm octa-core P60 chipset, which is competitive with but likely more affordable than the Snapdragon 660. The phone also comes with a respectable 6GB of RAM and a favorable 128GB of storage (expandable by another 256GB via a microSD card slot).

The cameras are about what you’d expect for a mid-range phone: a 12MP + 5MP rear camera setup and an 8MP front-facing lens. Its 3,400mAh battery should last all day, and comes with Android 9 out of the box (with an expected upgrade to Android 10 in Spring / Q2 2020). Teracube’s founders promise three years of OS and security updates.

The other big compromise is in network compatibility, as the Teracube is a GSM-only phone – which means you can’t use it on Verizon or Sprint networks in the US. But it comes unlocked, allowing US users to access it on AT&T, T-Mobile, and a variety of MVNOs. Elsewhere, it works on LTE bands 1,2,3,4,5,7,8,12,13,17 – check the phone’s FAQ for specifics.

Ultimately, the Teracube won’t particularly amaze anyone, nor will its routine design blow folks away. But its sustainable mission and extensive support should intrigue anyone who just needs a reliable phone and appreciates extensive, no-nonsense support.

And, sure, Teracube’s founders acknowledged to TechRadar that there’s no guarantee their company will be around throughout the promised four years – but there’s no better way to vote for sustainable ideas than with your wallet.

X
Australia bushfire charities hit by credit card cyberattack…UncategorizedDonating to help the victims of Australia's bushfires could put your credit card details at risk as security researchers have discovered that cyb…
Cookies
To make this site work properly, we sometimes place small data files called cookies on your device. Most big websites do this too.
Accept
Read more