It’s Christmas! Well, nearly. But it’s close enough that you should probably be wrapping up your shopping – and then wrapping up what you’ve bought.

But choosing good gifts isn’t always easy, which is why we’re here to help. If you’re struggling to decide what to buy for the fitness fan in your life then we’ve got you covered.

Below you’ll find five great gift ideas, covering a range of product categories and budgets, from cheap fitness trackers to expensive smartwatches, and even some more left-field selections like a smart water bottle.

So what are you waiting for? There aren't too many shopping days left until the big day itself, so you may want to get a move on. 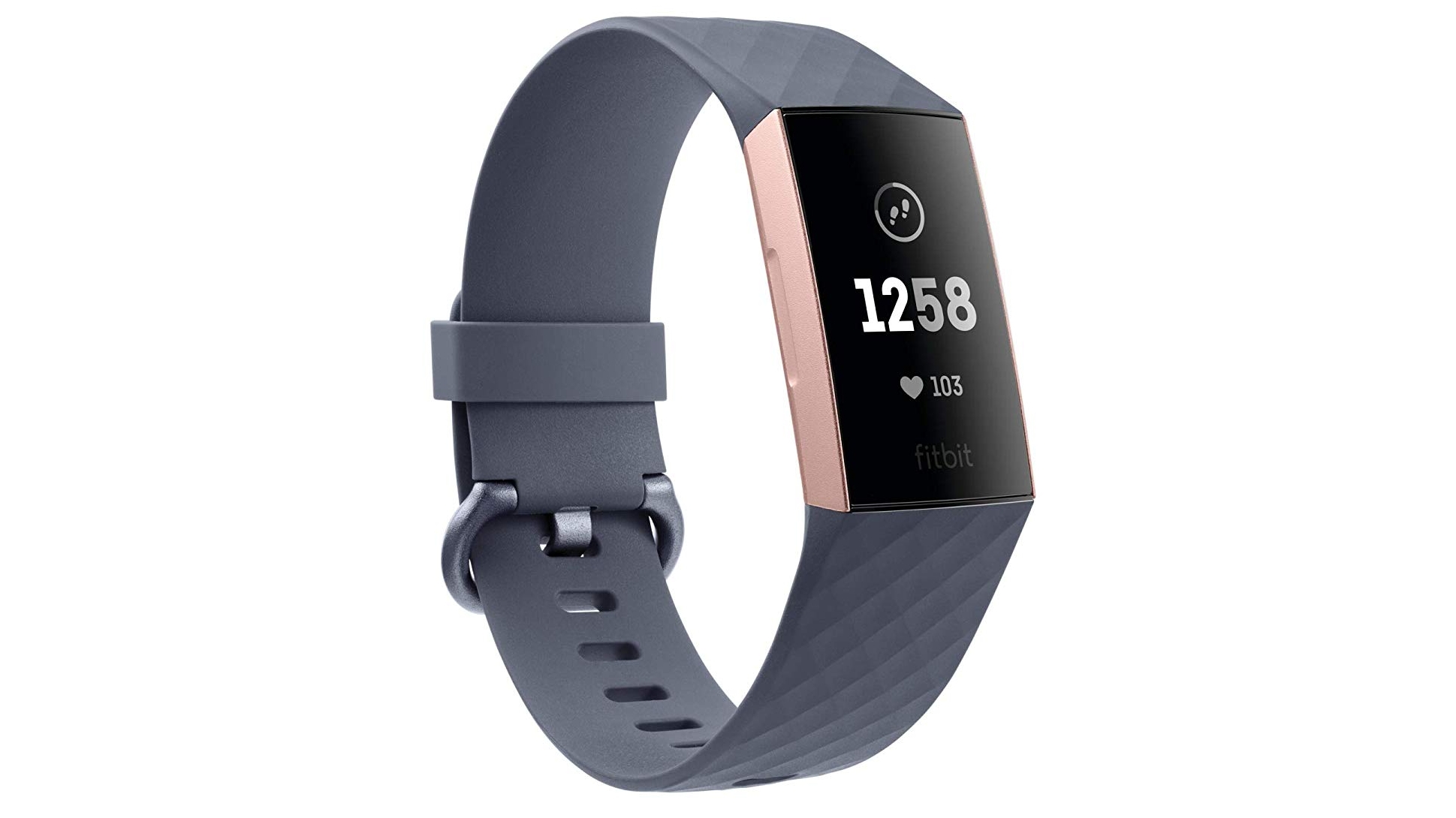 Fitbit is a name that needs no introduction, as it has been one of the biggest brands in fitness trackers for years now, and the Fitbit Charge 3 is one of its very best.

In fact, at the time of writing it ranks at the very top of our best fitness tracker list. The Fitbit Charge 3 is a great middle ground between more basic trackers like the Fitbit Inspire and full smartwatches like the Fitbit Versa 2.

It has a large screen (at least by fitness tracker standards), a heart rate monitor, a waterproof build, sleep tracking, and support for getting smartphone notifications, as well of course as all the activity and exercise tracking you’d expect from a Fitbit device. And despite the relatively large display it’s still a lot more lightweight than a smartwatch is likely to be.

The only real downside of the Fitbit Charge 3 is that there’s no built-in GPS, so make sure whoever you’re buying for isn’t a runner – or that they’re happy to take their phone out with them too. 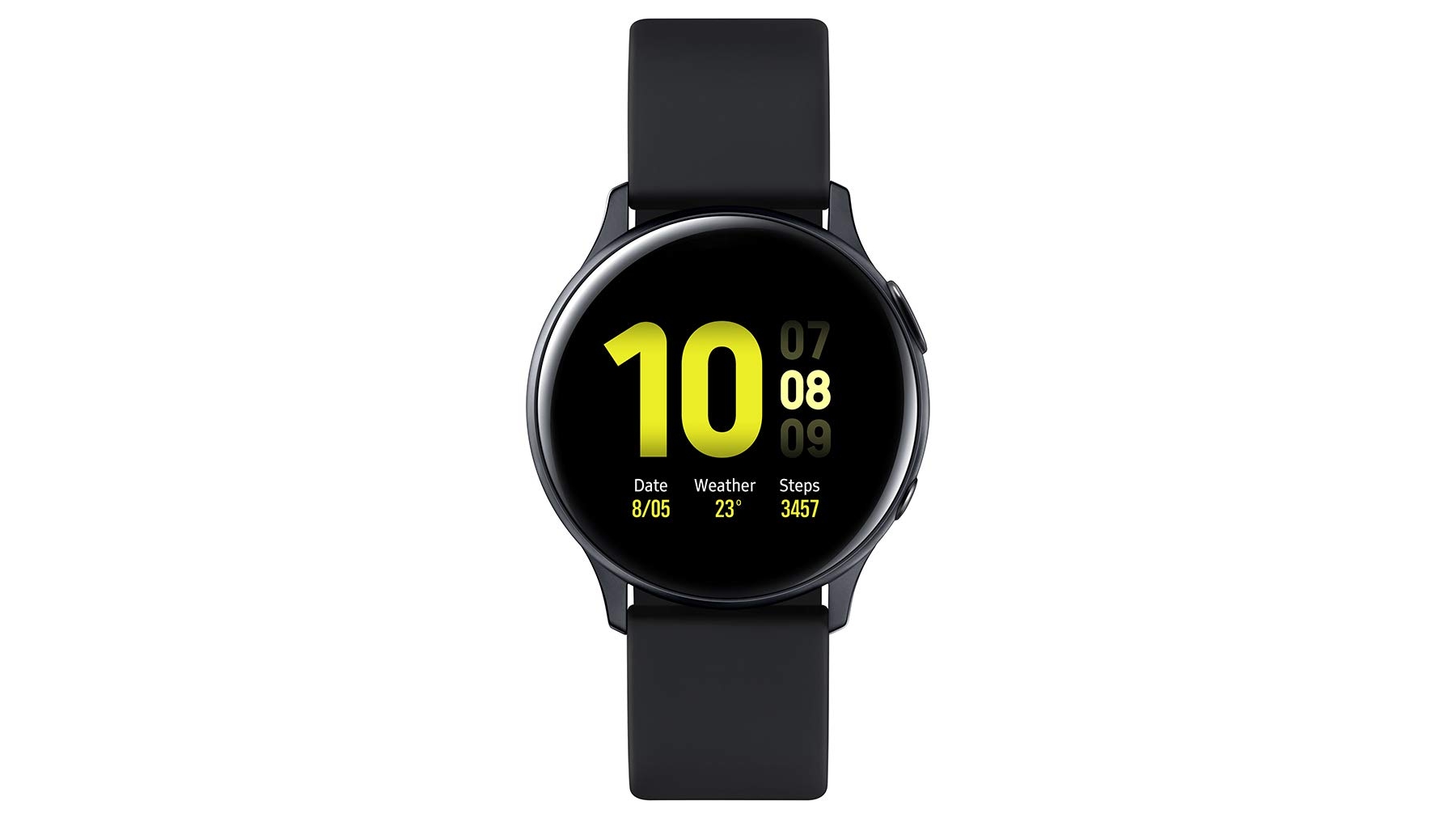 If you’re looking at smartwatches then you’re probably considering an Apple Watch, a Fitbit Versa or a Fitbit Ionic. They’re all good choices, but they’re obvious enough that we didn’t feel like they need highlighting.

For something slightly different, consider the Samsung Galaxy Watch Active 2. This still comes from a big brand, but isn’t one of the default fitness-focused smartwatch choices – yet arguably it should be, as there’s a lot to like here.

It can track 39 different exercises, including the likes of running, cycling and swimming. It has a heart rate monitor, GPS, two days of battery life (so it won’t die mid-way through a workout), and there’s even the promise of an ECG feature being added down the line, which would allow it to detect heart conditions like the Apple Watch 5 can. 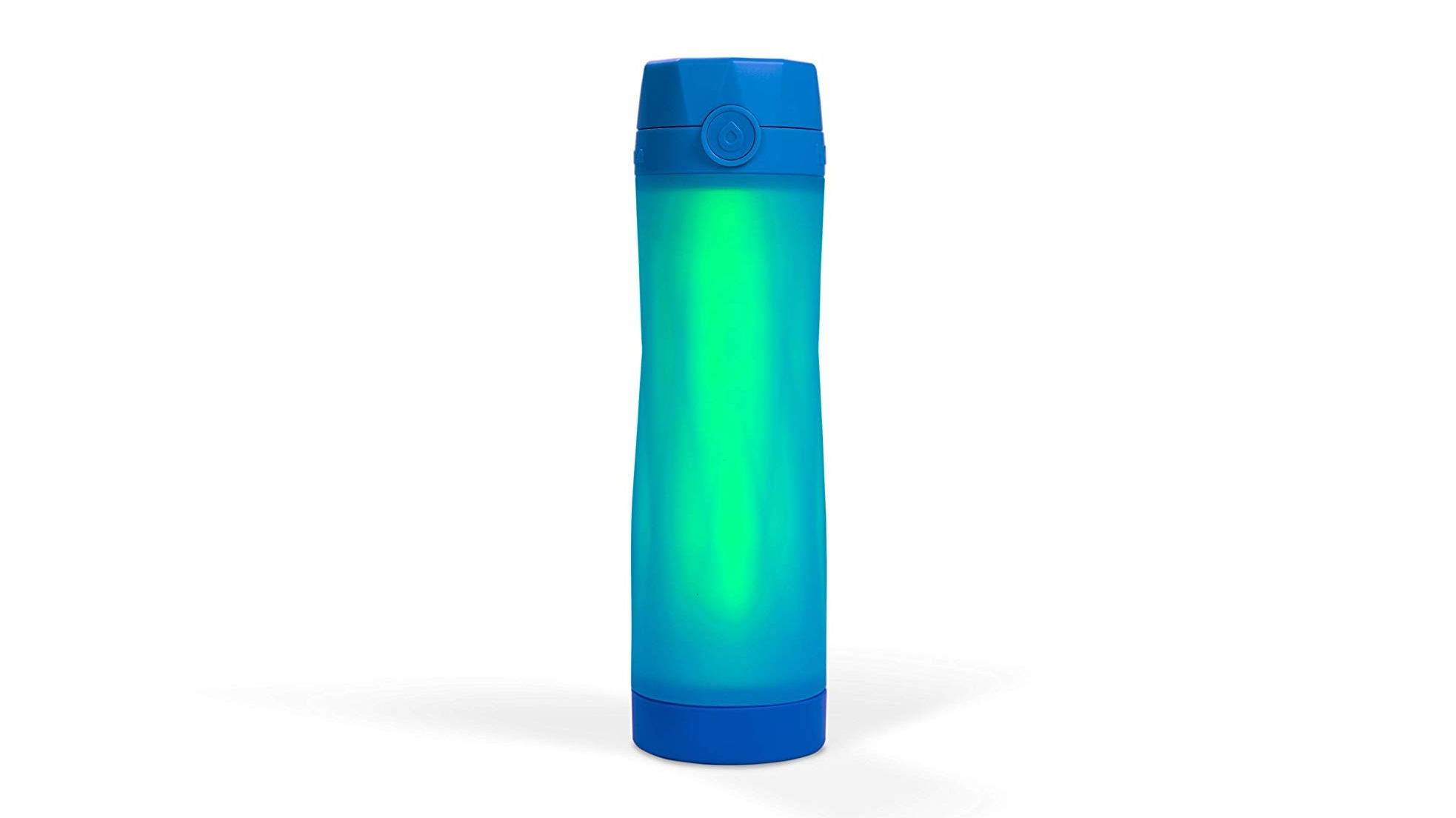 You might not have come across smart water bottles before, but if you have you’ve probably come across the Hidrate Spark, because it’s one of the best and most famous.

But more than just tracking it will also remind you to drink, with the bottle stylishly glowing when it’s time to take a sip. It also syncs with many third-party fitness apps, so you can easily have your water intake logged alongside your exercise. 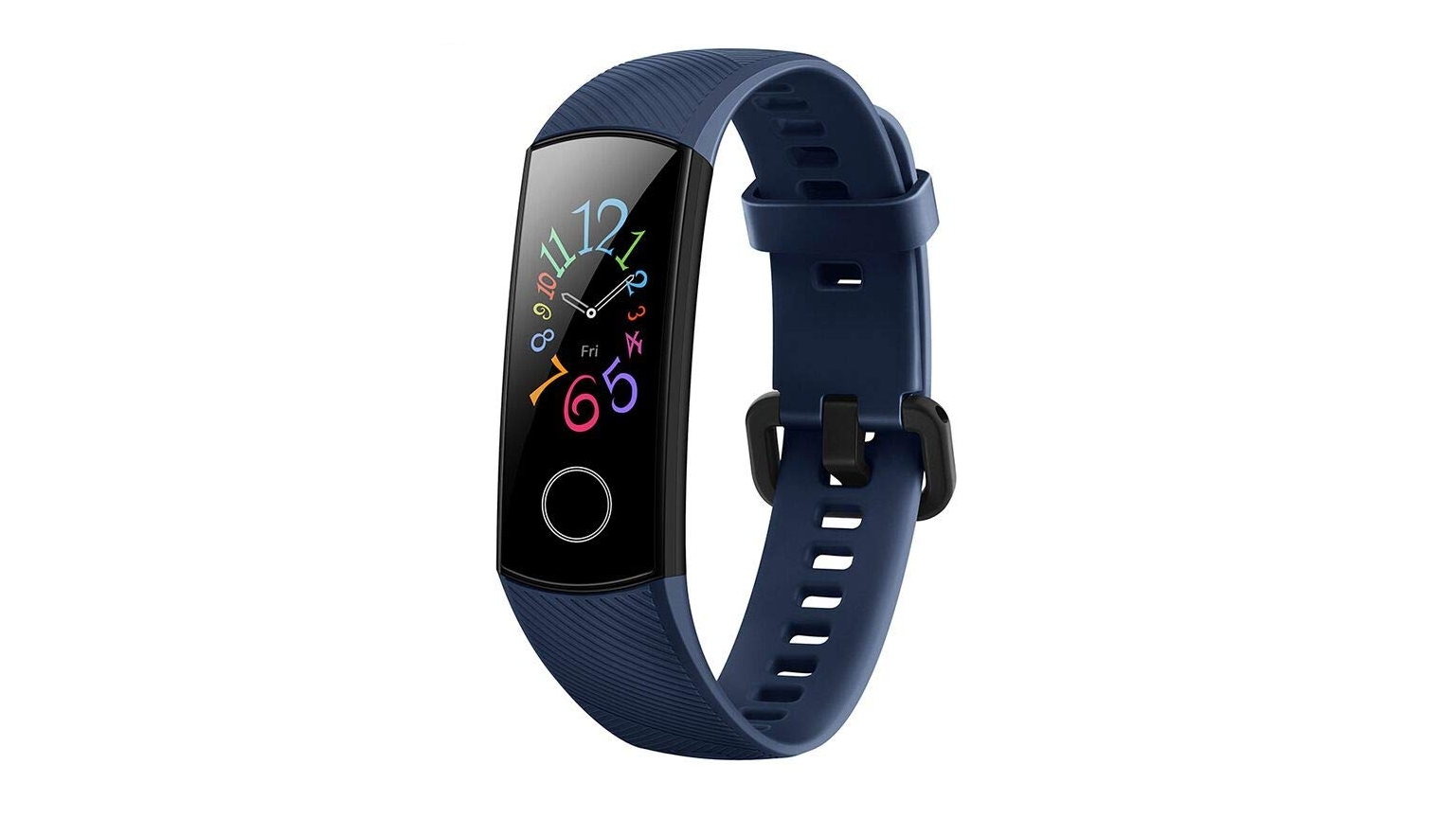 If you like the idea of buying a fitness tracker but want to spend a little less than what a Fitbit Charge 3 would cost, then consider the Honor Band 5.

For what little it costs the Honor Band 5 has an almost comical number of features, including a heart rate monitor, a color touchscreen, sleep tracking, 7 days of battery life, a waterproof build, and the ability to track numerous exercises, such as cycling, running, walking, swimming, and cross-training, among others.

As with many affordable fitness trackers there’s no built-in GPS, but the Honor Band 5 ticks most other boxes at an impressively low price. 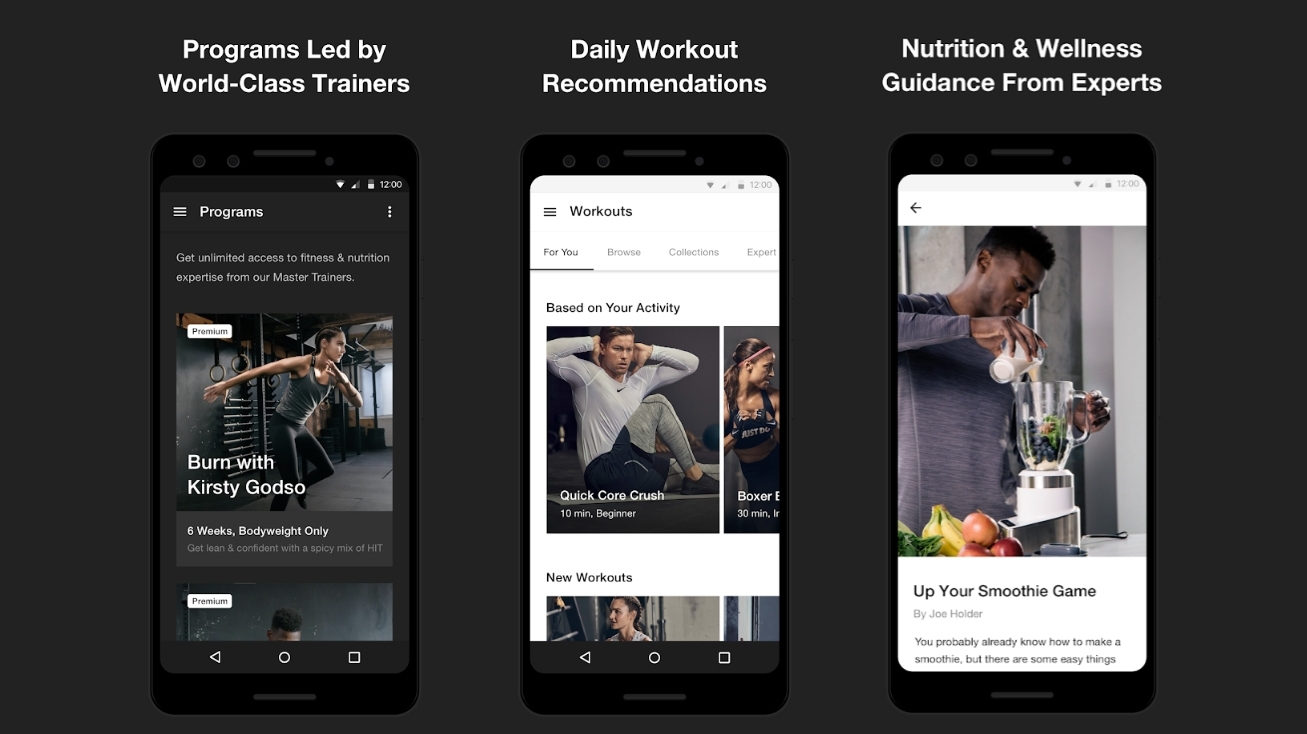 Christmas presents don’t have to be physical things, and actually some of the best tools for getting or staying fit involve software rather than hardware.

While the core app is free and includes numerous workouts for different fitness levels, the premium subscription adds 4-6 week programs (rather than just one-off workouts) led by trainers, along with on-demand classes, and expert nutrition and wellness guidance.

So it’s a bit like having a personal trainer on your phone, one that you can access whenever and wherever. If the person you’re buying for already has all the hardware they need then this is a great way to help them get the most out of it.

Connect with:
Facebook Google Twitter
Back to
log in
X
The SMS upgrade RCS is now available for all Android users in the US…UncategorizedYou may have already heard of RCS or Rich Communication Services: it's an upgrade to the SMS protocol that Google is trying to get adopted more w…

X
Best Oppo phones: pick up the best Oppo handset for you…UncategorizedYou wouldn't have considered looking for the best Oppo phones a few years ago; it's only in the last few years that the Chinese company has …
Cookies
To make this site work properly, we sometimes place small data files called cookies on your device. Most big websites do this too.
Accept
Read more