How the cameras in the 2020 Chevy Equinox create some...

Camera technology in cars is starting to evolve. What started as a simple back-up camera (now required in all new cars) has evolved into an all-seeing, roving eye that stitches together images from multiple angles.

In a recent test of the 2020 Chevy Equinox, I was pleasantly surprised at how the camera automatically showed a front-facing view of the car, stitched together side views to help me pull into parking stalls, and even created a view of the car from behind. 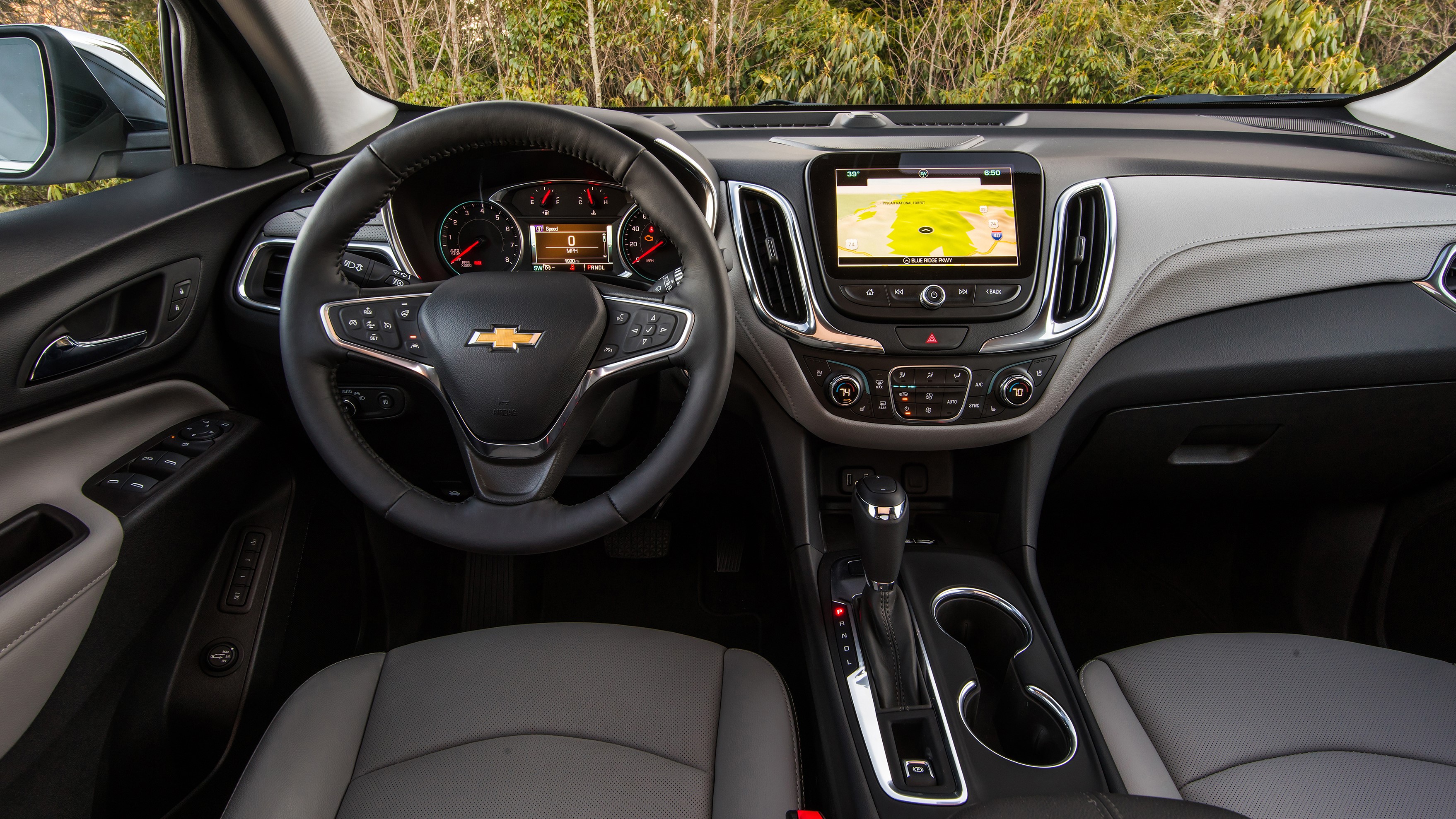 First, about that forward-facing camera. That’s not common or something I’ve noticed in any recent car test. As you pull away from your driveway in the morning or from a parking spot, the camera view changes from rear-view to front-facing, so you can keep an eye out for anything that might be in the road.

In my case, I managed to spot some small but potentially hazardous snow mounds at the end of my driveway (since winter has arrived here already). Glancing at the front-facing cam, I pulled slightly away from the mounds.

Not that they can cause too much damage in a crossover, which is raised up off the ground compared to a typical sedan. However, you never know if crunching over one can manage to hit the front fender. It’s happened to me before and caused damage with cars I own. Back-up cams are helpful, but a front camera was unique and helpful in different ways. I could see someone using the front camera as they pull into a tight parking spot.

The best angle, any time

In terms of the side angle views, that’s also helpful for parking and a bit of a conversation starter. In the Equinox, you can press the camera app icon and then switch views easily as you drive or as you sit idle. With these multiple views, and the ability to easily switch between then, I was able to park a little closer to a curb when I parked by a pizza place. It meant the crossover didn’t stick out into traffic as much, and my wife could exit to the sidewalk and avoid the slush. 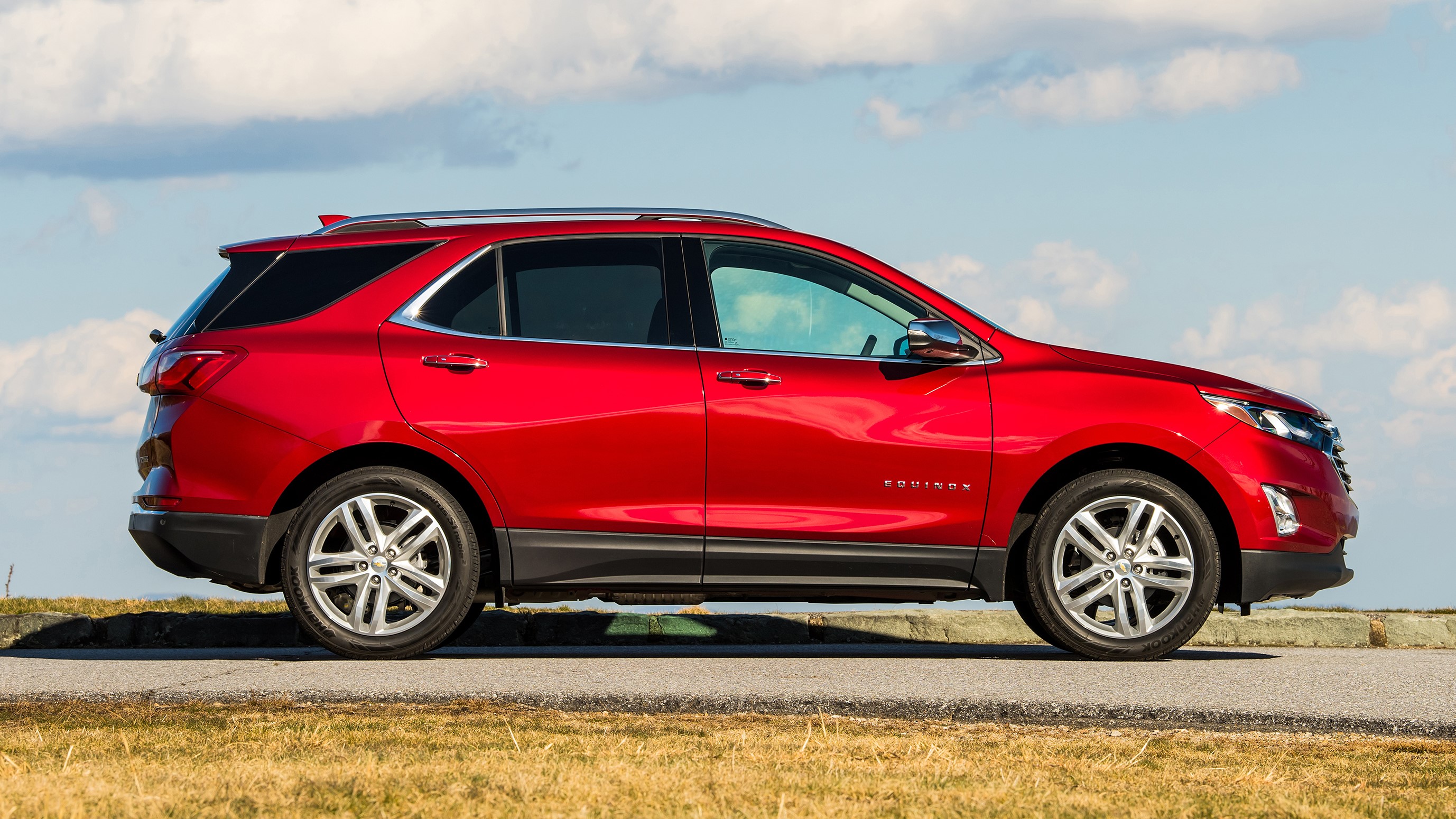 I was most impressed with the read view of the car. It’s not really a miracle of engineering but it is pretty astounding to those who don’t know what is happening. Of course, it is simply a 3D render of the car — there isn’t a drone tracking you from behind and showing live video. However, the stitched camera views are live and help you see all around the vehicle.

It’s also helpful because you can access the camera at any time, not just at low speeds. The front camera only shows up for a few seconds automatically, but you can press the camera icon and access the live views at any time. An interesting side note here is that, if you do spend too much time clicking on camera icons and changing the view angle, a warning message appears telling you to pay attention to the road. (I asked a passenger to fiddle with the settings.)

Looking to the future

In the future, cameras will be everywhere – pointing around the car as they do now on the Equinox but also available to stream in the car from a road-side camera, perhaps one that is just up ahead and shows traffic congestion levels. And, we really will deploy a follow-me drone at some point to show an overhead view of the car, although the biggest challenge there is not technical but regulatory. (I’ve tested follow-me drones in cars on closed roads already, including one that took pictures and video. It was a blast but potentially not too safe for other drivers.)

One thing that will definitely improve is automation. The car will automatically show congested traffic if it is relevant to your route and your typical preferences and patterns. Cameras will work like the front-facing camera that helped me avoid a snowbank. 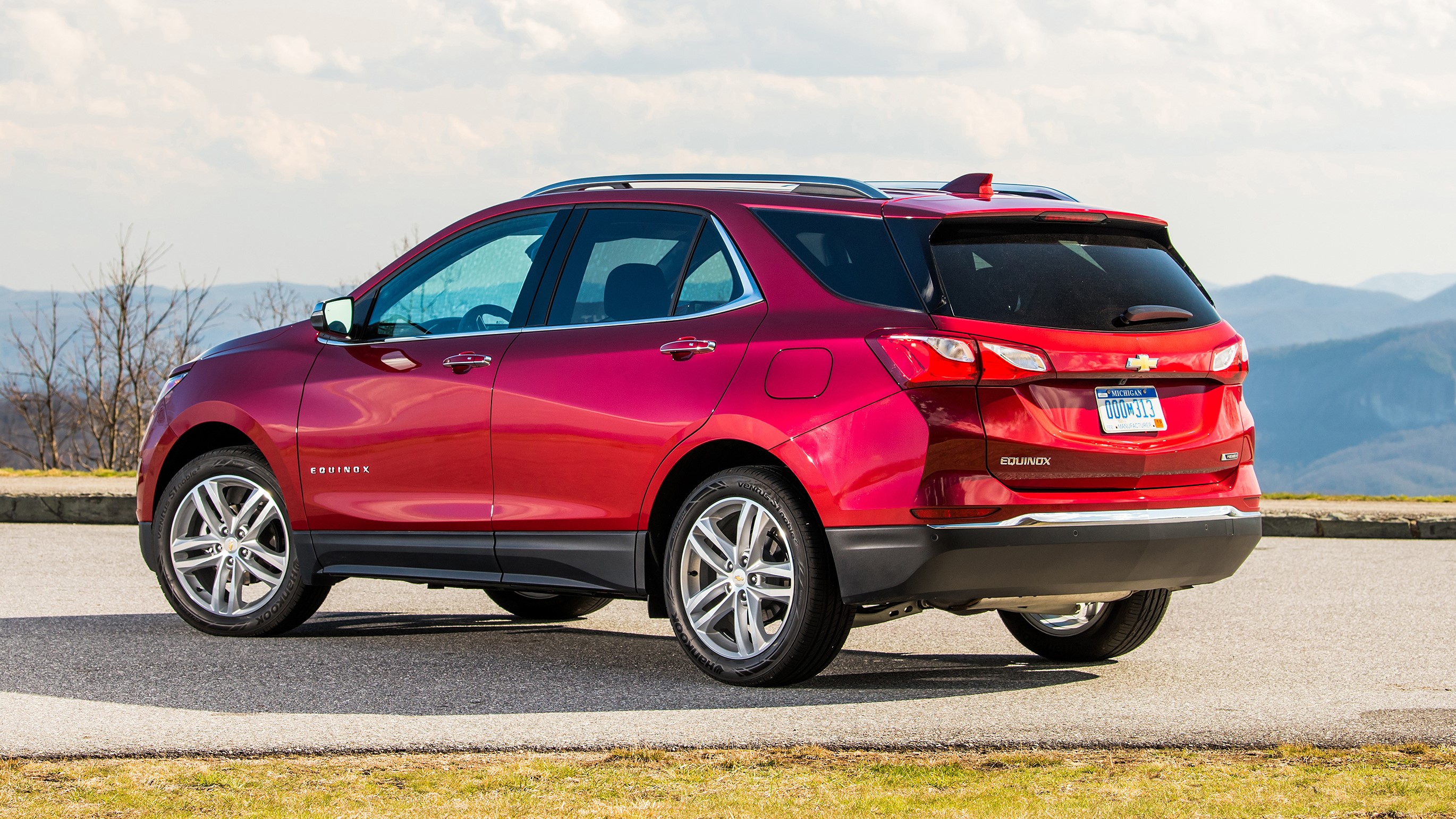 On The Road is TechRadar's regular look at the futuristic tech in today's hottest cars. John Brandon, a journalist who's been writing about cars for 12 years, puts a new car and its cutting-edge tech through the paces every week. One goal: To find out which new technologies will lead us to fully self-driving cars.

Connect with:
Facebook Google Twitter
Back to
log in
X
You’re spending more on headphones, phone cases, power banks than you realize…UncategorizedIt's no surprise that the smartphone industry makes a lot of money – after all, many of us buy a new device roughly every two years, far more o…

X
This 9TB tape shows why magnetic can still be better than SSD or hard drives…UncategorizedMusic tapes will bring back warm, fuzzy memories to those born in the early 1980s, but magnetic ribbons have long been replaced by shiny coasters, sil…
Cookies
To make this site work properly, we sometimes place small data files called cookies on your device. Most big websites do this too.
Accept
Read more