Xiaomi MIUI 11 was announced alongside the Redmi Note 8 series in India back in October. The company has even won two Red Dot design awards for the visual design and sound effects on the latest MIUI, which is a first for the smartphone software industry.

Xiaomi says that it has worked towards making MIUI 11 more minimalistic by eliminating a lot of elements from the MIUI 10. New colors have been added to the UI for a more organic experience along with a system-wide dark mode.

During the announcement, Xiaomi claimed that there are over 80 million monthly active users of MIUI in India, which make up to around 20% of the country's total Internet users.

Here are all the phones that are set to receive the MIUI 11 update along with rollout timelines.

MIUI 11 is coming to these Xiaomi phones

According to the timeline revealed by Xiaomi, MIUI 11 rollout starts from October 22 and will be seeded in phases to many old and new Xiaomi phones till December 26. Most users of Xiaomi phones in India would have already recieved the MIUI 11 update by now. In case you haven't, you can go to About Phone>System Updates to check for the same.

And finally, the owners of the latest Redmi Note 8 Pro are scheduled to receive an update to MIUI 11 between December 18 – 26.

Xiaomi has removed a bunch of elements, such as dividing lines to provide more areas for content to stand out. It will be most noticeable in the Settings menu or Contact apps, among others. Some additional colors that hindered the overall viewing experience have also been removed with the addition of a system-wide dark mode. 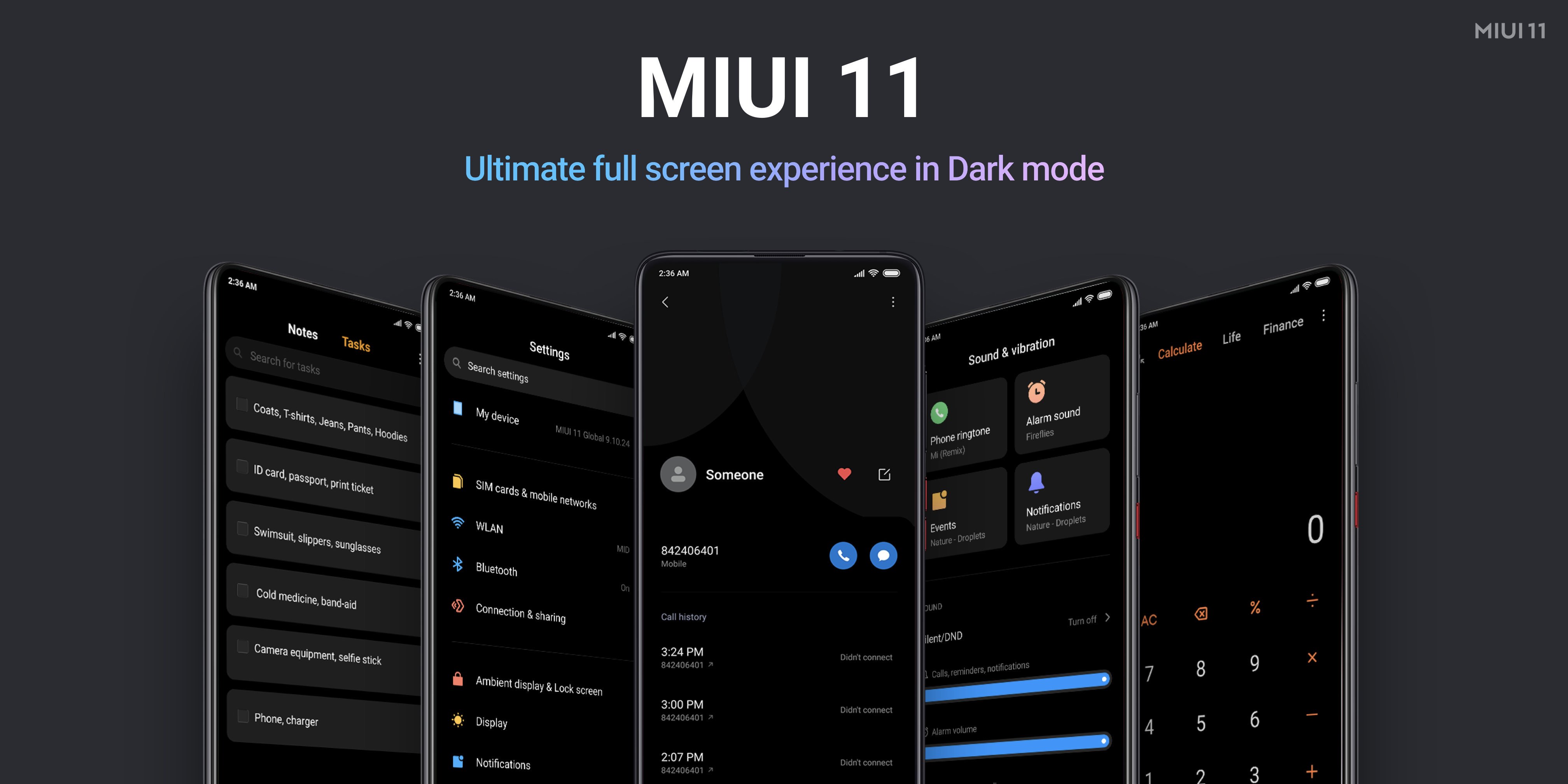 Given the popularity of dark mode in recent months and with Android 10, iOS supporting it natively, it wasn't a surprise when Xiaomi took the plunge for its latest MIUI.

MIUI 11 also brings a new Always On Display to Xiaomi phones. It's worth noting that the company introduced a bunch of clock styles for its Redmi K20 series, and now it's expanding that feature with more animations, patterns, and even messages.

Xiaomi claims that the idea behind the symmetric patterns came from Kaleidoscope, while the addition of quotes on display gives the phone a more personal touch.

As companies move to eliminate the bezels on their smartphones, the notification light is no more a viable solution. As a workaround, Xiaomi has added breathing light to MIUI 11, which lights up the whole display or just the edges (depending on the user) as alerts for notifications.

With MIUI 11, users can apply a dynamic video wallpaper to the home screens of their phones. Also, the Theme store now has over 100,000 wallpapers for users to choose from. 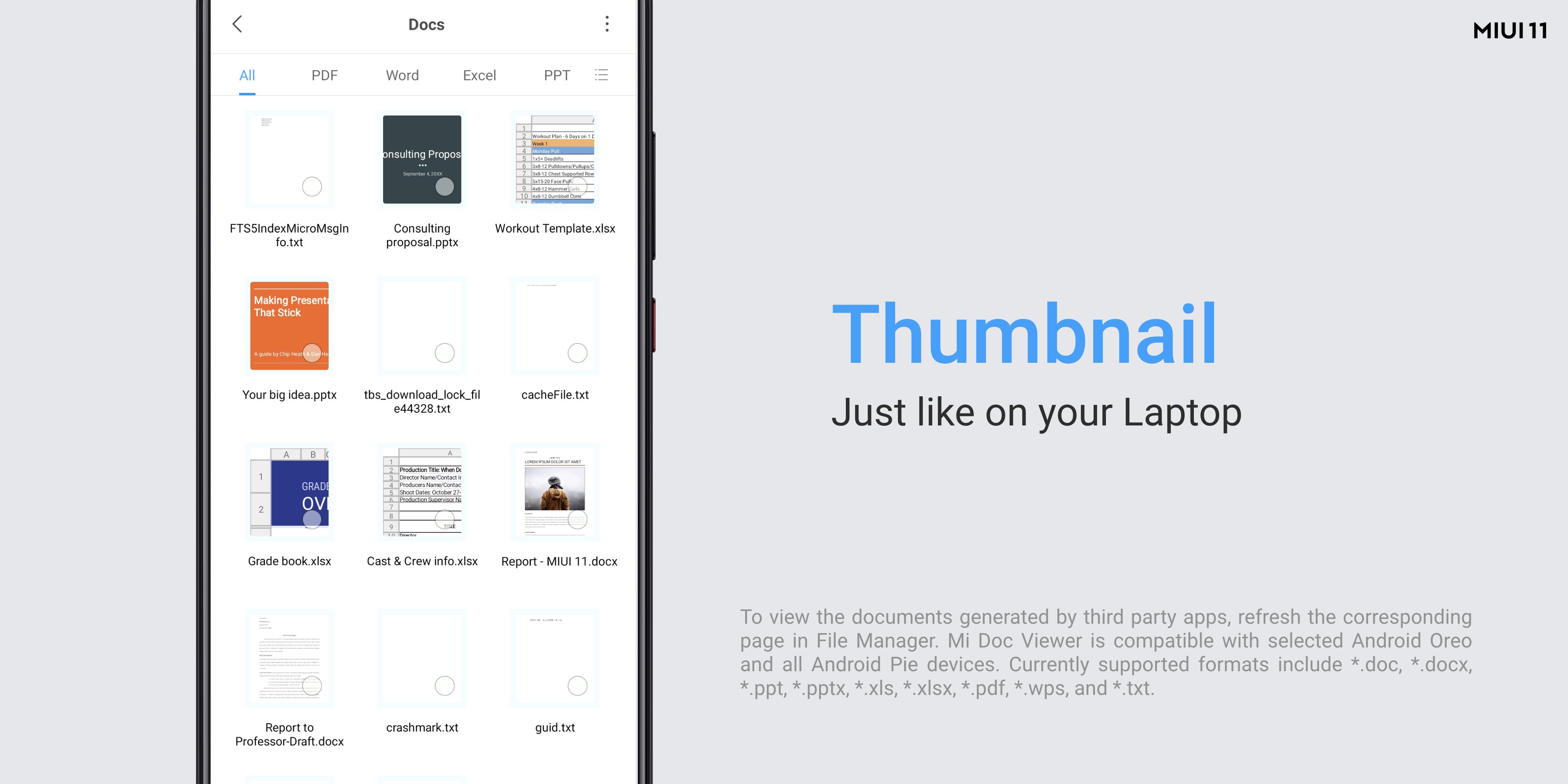 Xiaomi's latest MIUI version also incorporates productivity features such as displaying documents as thumbnails for users to quickly find the relevant file. Moreover, the company has partnered with WPS Office, which enables file previews right from the file manager itself. It supports all major file formats, including PDF, Word, Presentation, and Sheet, to name a few. 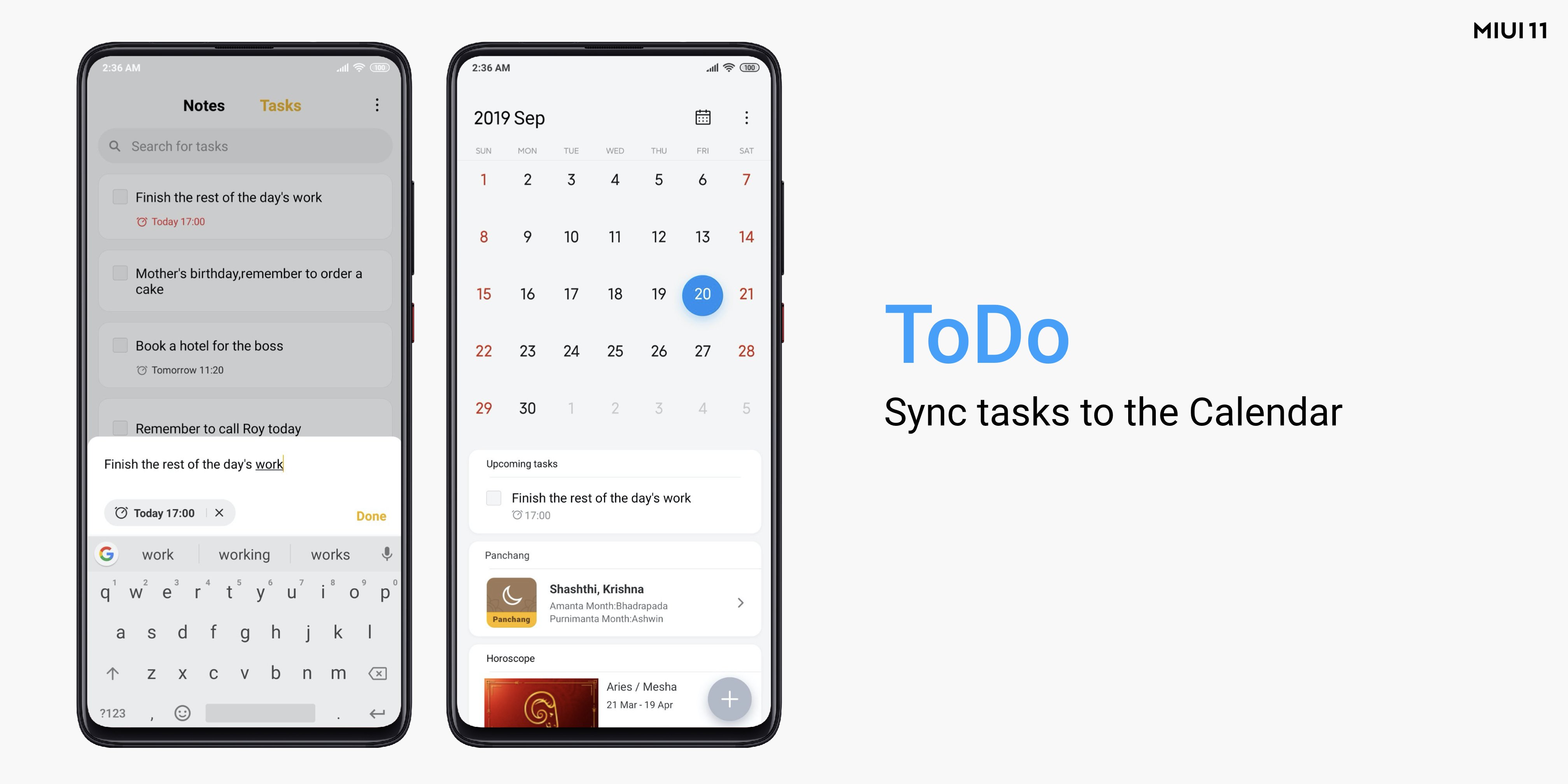 MIUI 11 also brings a ToDo list to the Notes app. It's called Tasks and can be used to note down anything and everything, including voice-based recordings. It also syncs with the Calendar app so that you never miss out on it. The ToDo list can also be accessed by sliding right from the edge of the home screen. 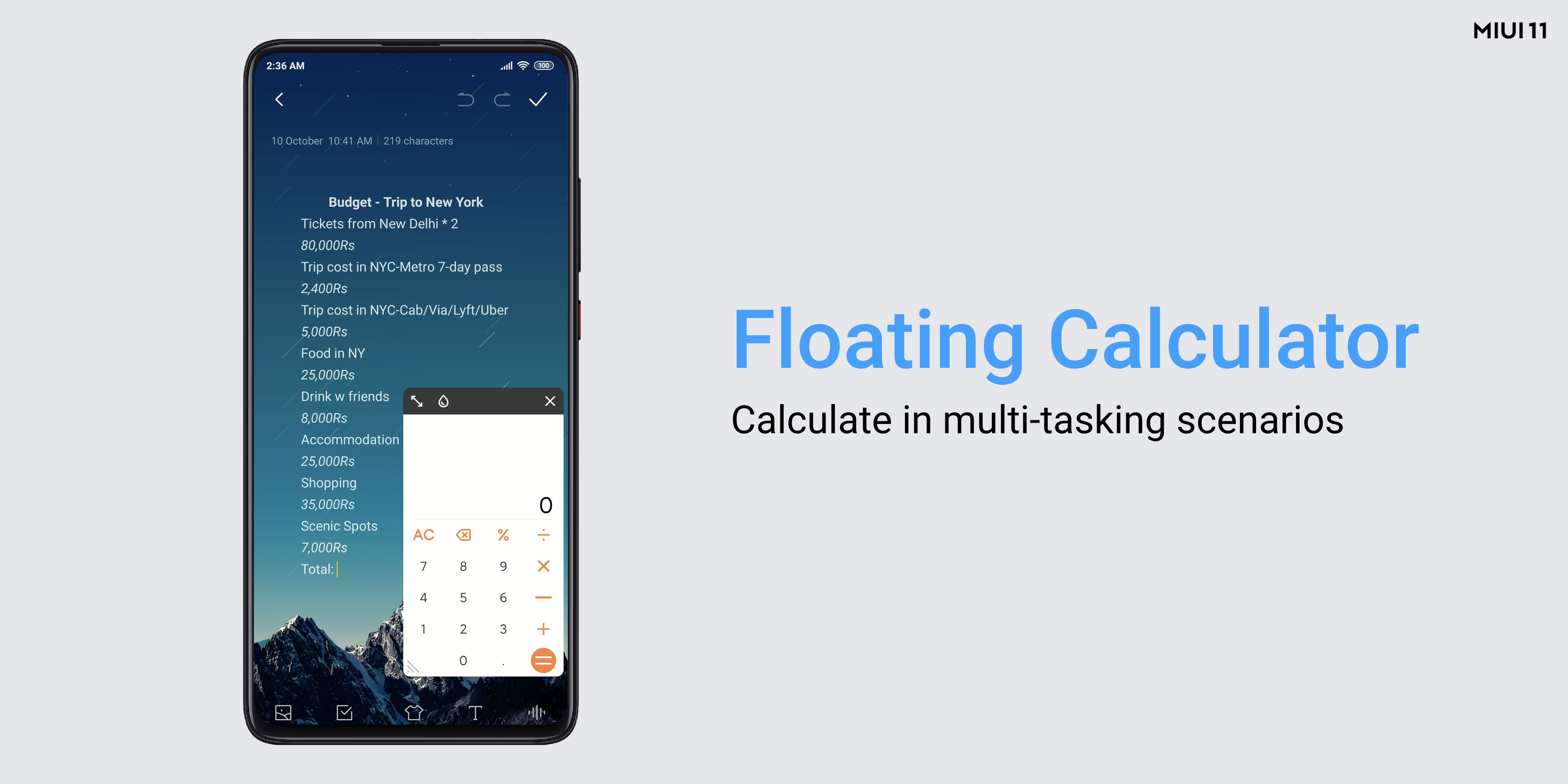 A floating calculator has been added as well, which allows users to bring up a mini calculator to the foreground without the need to switch between apps.

A dedicated steps tracker has been added to the interface, which keeps a record of the number of steps taken along with distance and calories burnt. Additionally, users can now track their Menstrual cycles in the calendar app, which calculates the next due date, making it efficient for women.

MIUI 11 adds quick replies to the interface, which means users no longer have to pause watching a video to reply to a message.

Xiaomi has partnered with Bobble for the Mint Keyboard, which supports 25+ Indic languages and offers real-time word & emoji suggestion courtesy of Translations within Transliterations feature. The Mint Keyboard is available on Google Play Store.

MIUI 11: Every Xiaomi phone that's set to receive it, timeline and new features

X
Realme wireless earbuds to launch in December, alongside the XT 730G…UncategorizedRealme CEO Madhav Sheth has confirmed that the Realme wireless earbuds will be unveiled in December, alongside the Realme XT 730G.The Realme X2 Pro wa…
Cookies
To make this site work properly, we sometimes place small data files called cookies on your device. Most big websites do this too.
Accept
Read more