The OnePlus 7T Pro is likely to look a lot...

OnePlus has some new phones in the offing, and based on some renders that just hit the web, the upcoming OnePlus 7T Pro is going to look very much like the OnePlus 7 Pro that launched in May.

The renders come courtesy of @OnLeaks and 91mobiles, sources that can usually be trusted with their phone leaks, and they're based on the rumored specs and designs for the upcoming handsets.

As you can see from the pictures we've included below, the OnePlus 7T Pro is going to look virtually identical to the OnePlus 7 Pro, with no major design changes – pop-up selfie camera and all. 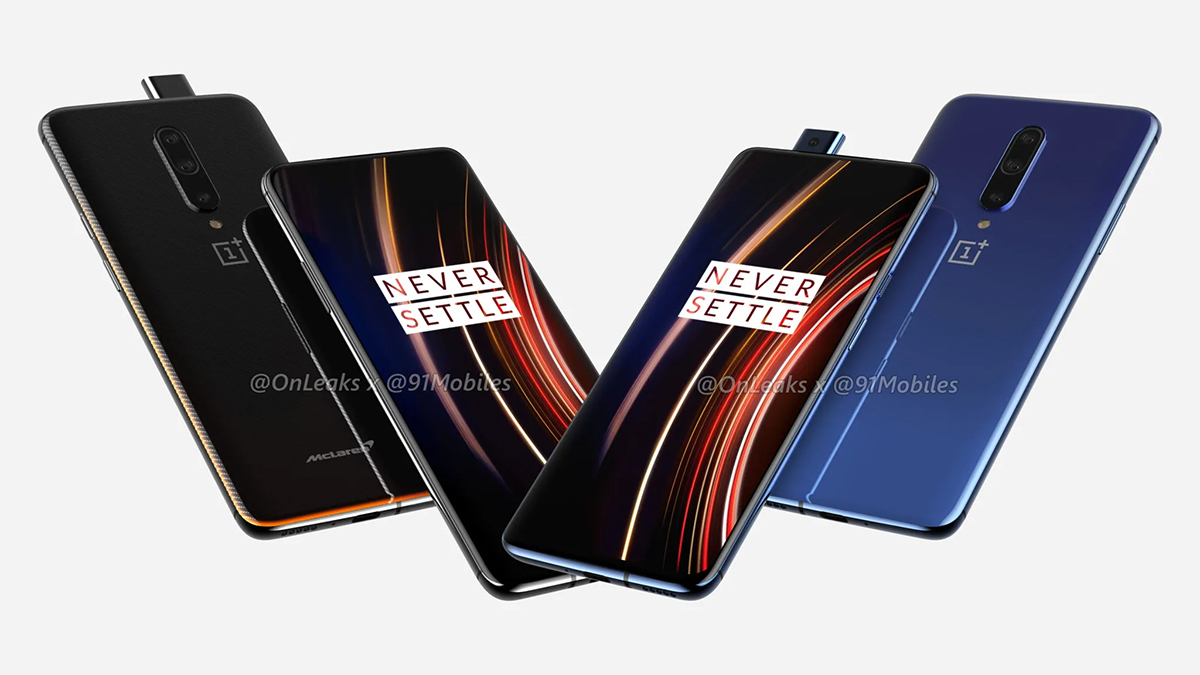 So what else do we know about the OnePlus 7T Pro? The phone is expected to show up with a 6.67-inch screen, a 90Hz display refresh rate, and a triple-lens rear camera. The internal processor may well get a bump to the Snapdragon 855 Plus.

Besides the McLaren Edition color scheme, a new blue variant could be added to the models, which you can see in the rendering above. The OnePlus 7 Pro currently comes in gray, almond, and a "nebular" shade of blue.

More significant design changes could be coming to the OnePlus 7T – other renderings, again courtesy of @OnLeaks, show a circular camera array around the back of the phone, which is quite a different look for OnePlus.

The company usually refreshes its flagship models with 'T' versions later in the year, and it seems as though 2019 will be no different. We don't know exactly when the official unveiling will be, but late September or October seems like a good bet.