The best 4K Ultra HD Blu-ray players you can buy...

These days it's not hard to find streaming services that offer 4K movies and TV shows on-demand – Netflix and Amazon are certainly leading the charge but it's only a matter of time until more follow suit. However, if you're the kind of person who wants the best, uncompressed picture quality from your movie sessions and TV bingers, you need to invest in a 4K Ultra HD Blu-ray player.

Now wait, you might say, I thought Blu-rays were the best format in terms of visual fidelity – I thought it was going to be around forever and I threw out all of my DVDs!

The good news is that 4K Blu-ray players will still play normal Blu-rays – in fact, it will make them look even better thanks to on-board upscaling. But better than that, buying a 4K Blu-ray player will allow you to watch 4K Blu-rays a new format that contains significantly more visual data than standard Blu-rays, plus new technologies like HDR and Dolby Atmos.

As for the upfront investment of buying yet another Blu-ray player, you can take some solace in knowing that these players really aren't that expensive. Sure, there are a few really premium players on our list that can do anything and everything, but most 4K Blu-ray players out there cost less than $300.

What else do I need to watch a UHD Blu-ray?

That being said, before you plunk down some money on a new player, make sure you already own a 4K TV in order to watch it. (If you don't have that last one, then check out our guide to the best 4K TV.)

If you don't have a 4K TV, your 4K Blu-ray player will still work, but it will only display images in 1080p. Buy a regular Blu-ray instead of a 4K version and it will still play in 3840 × 2160 resolution, but it won't be a native 4K image and will be noticeably different to an Ultra HD Blu-ray.

Is your 4K TV all setup and ready to go? Here's a quick look at the best 4K Blu-ray players available to buy today. 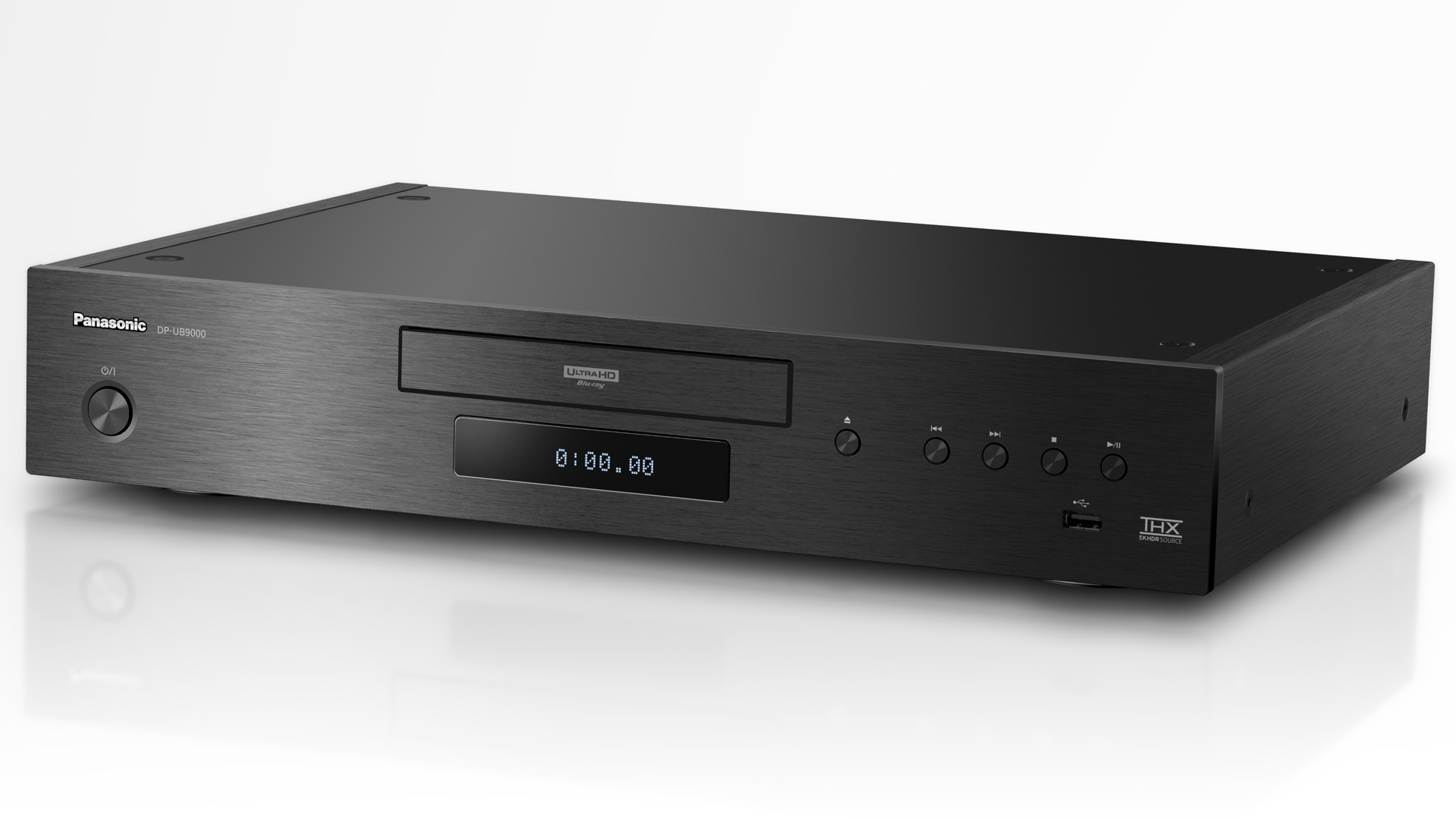 The DP-UB9000 is Panasonic’s latest flagship 4K Ultra HD Blu-ray player and, after Oppo started winding down its competing devices, the new model finds itself in one of the top spots in the high-end player market.

That said, beautifully made and enviably specified, this flagship 4K disc spinner is unashamedly premium. The plastic and tin build, familiar on mainstream Blu-ray players, has been replaced with heavy metal and luxe design.

Beyond its good looks, however, the DP-UB9000 is also the first UHD deck from Panasonic to support all key HDR flavours: vanilla HDR10, its dynamic sibling HDR10+, HLG and Dolby Vision. The latter is included, despite the fact that Panasonic isn’t supporting Dolby Vision on any of its 4K TVs.

Not only is the player more than capable with images, it has audiophile aspirations as well, sporting high quality DACs, two-channel and 7.1-channel analogue outputs, and Hi-Res Audio support. Toss in a host of smart features, and the UB9000 ticks nearly every box in the book.

Naturally all these flagship features don’t come cheap – but, for those seeking the ideal replacement Blu-ray player after Oppo’s collapse, the Panasonic DP-UB9000 is a more than adequate replacement. 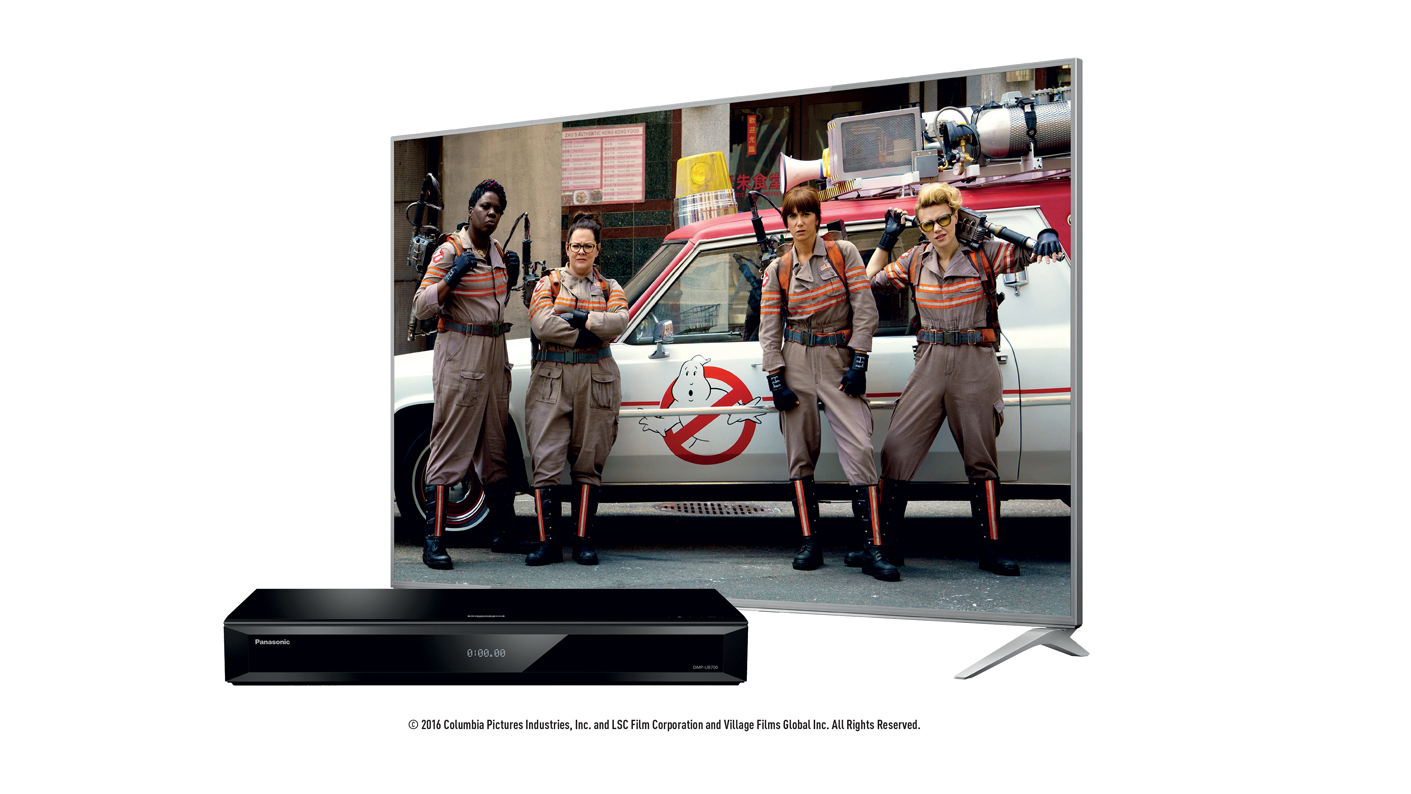 The Panasonic DMP-U700 is the 4K Blu-ray player we end up recommending most often. It's more affordable than an Oppo deck, and still gets you the amazing picture quality of Panasonic's top-end DMP-U900.

Streaming service support, with HDR-enabled 4K Netflix, is well worth trumpeting and the player does a swell job with 24-bit audio. It supports both FLAC and DSD files.

There's no Dolby Vision support, perhaps the main reason to upgrade to the DMP-UB900. But as it stands the UB700 offers the best balance of price, audio visual performance and features. 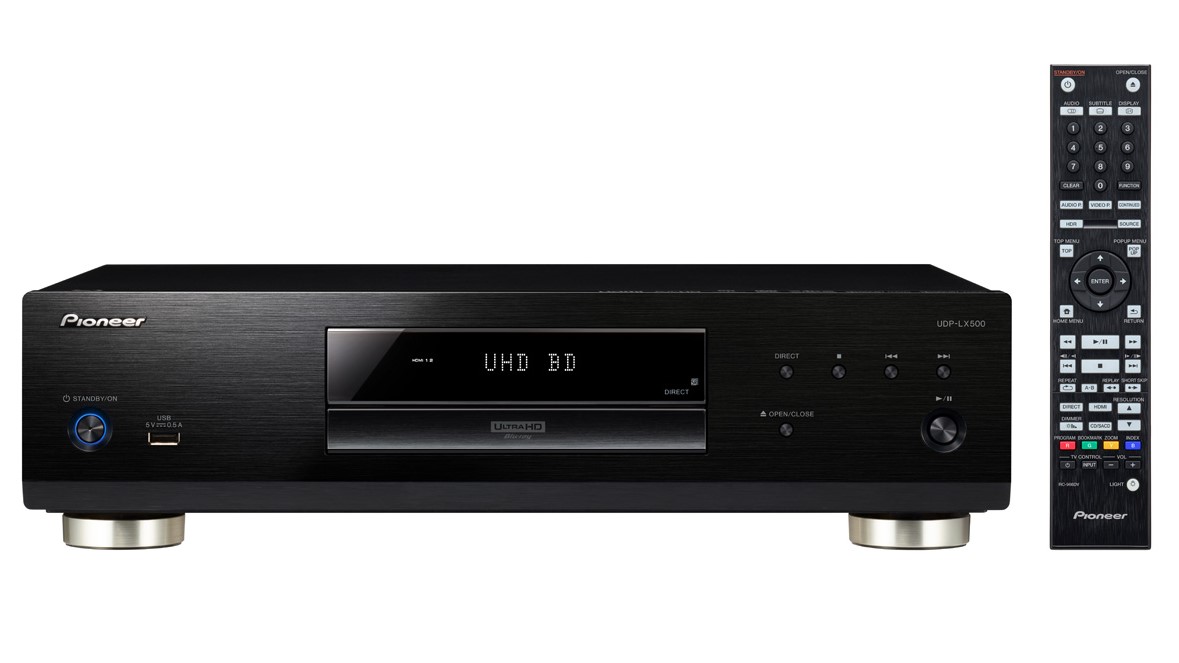 While its £999 ($999, AU$1999) price tag might be a bit intimidating, Pioneer has produced a peach of a player with the UDP-LX500. This heavyweight home cinema hero deserves to be shortlisted by all high-end upgraders, and can comfortably claim to be one of the best universal 4K Blu-ray players available for less than a grand.

There are caveats though. It’s not quite as brilliant a video performer as its main rival, the cheaper Panasonic DMP-UB9000, and it’s not quite as well finished either. However, if music is as important as movies to you, it’s clearly got broader appeal. Move over Bradley and Gaga, a new AV star is born. 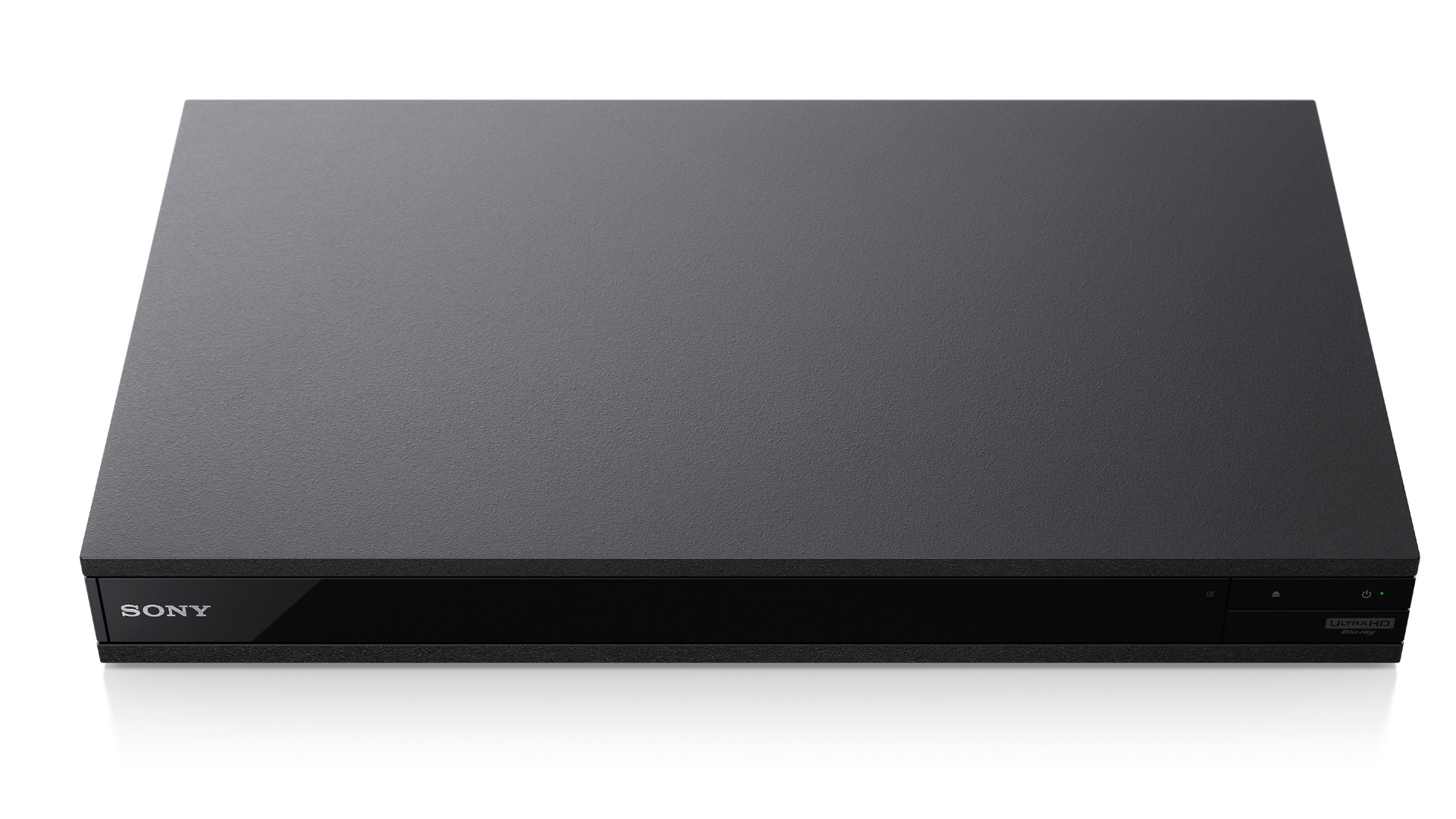 Sony might have been a little late to the Ultra HD Blu-ray party, but its first player is a great machine. It's solidly made, and its overall image quality is superb.

As an added bonus, the player also supports a wide range of audio formats, can play SACDs, and even DVD-As.

So why does the player sit the number three slot in our list? Well, unfortunately it lacks support for Dolby Vision, the high-end HDR format that discs are increasingly offering support for, and which the Oppo UDP-203 does now support thanks to a firmware update. Its also more expensive than our top pick, the Panasonic DMP-UB700.

If you want a UHD player that also doubles as a very capable music player, then the Sony UBP-X800 is a great choice, but if you're after something focussed solely on playing movies, then there are better or cheaper options out there. 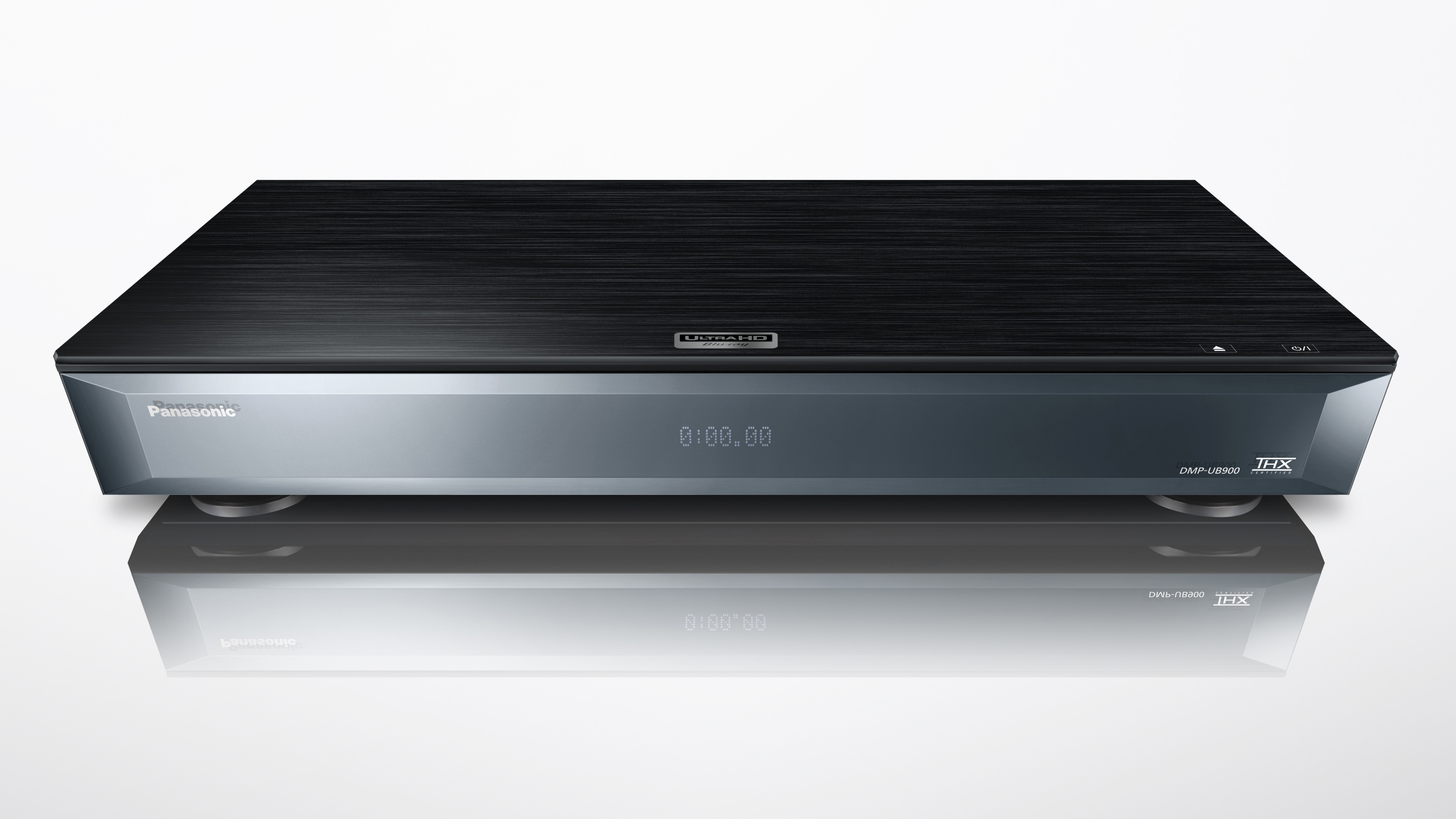 The DMP-UB900 will restore you faith in physical media. In full 4K HDR guise it offers a level of performance that will have new 4K TV owners gasping. Ultra HD Blu-ray brings the experience of 4K digital cinema to the home, and rewards with brilliant colour fidelity, deep contrast and almost three-dimensional clarity.

Factor in solid file playback support, plus 4K iterations of Netflix and Amazon Instant Video, and you have a machine that'll make your new 4K HDR TV look sensational. 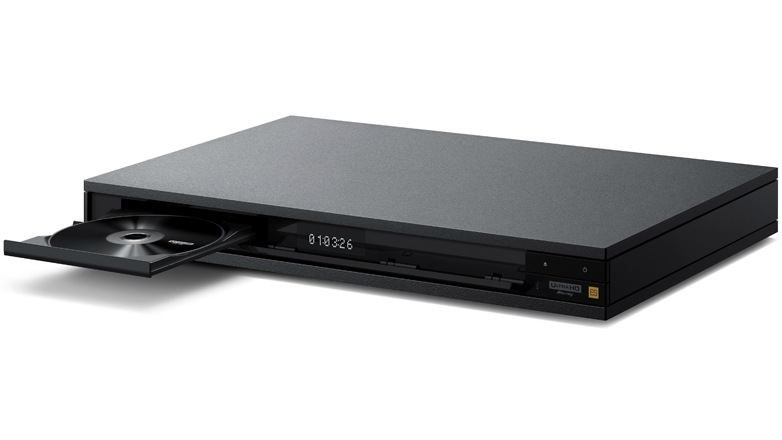 The UBP-X1000ES is Sony’s premium 4K Blu-ray offering, a posh stablemate to the unfeasibly fine UBP-X800. In terms of performance and value, the latter can be considered one of the best value UHD Blu-ray players available, so clearly this more expensive sibling needs to be rather special to warrant a premium.

To that end, the UBP-X1000ES delivers pristine UHD Blu-ray images and its audio performance is excellent, be it via HDMI or two channel analogue. The player is also artfully built, and incorporates a high-end 192kHz/ 32bit DAC and offers a gold-plated phono analogue audio output on the rear.

Ultimately, though, the X1000ES is considerably more expensive than the UBP-X800, and doesn’t quite have the feature roster of the Dolby Vision-enabled, MQA-playing Oppo UHD-203 – and if you’re looking for a UHD player with comparable audio chops (although admittedly not universal disc compatibility), then Panasonic’s DMP-UB900 provides cheaper competition. 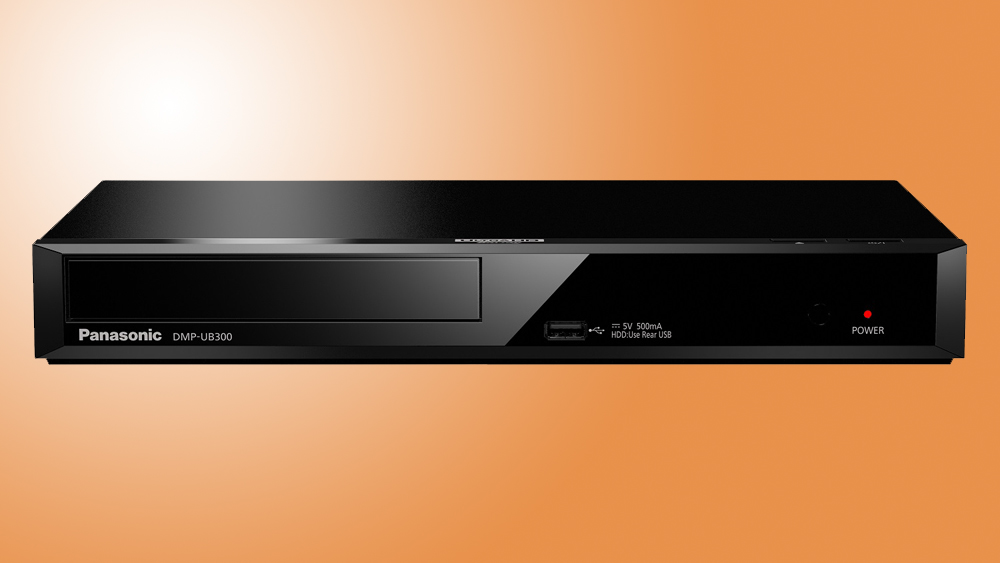 You'll make a couple of compromises if you want to take advantage of the DMP UB300's budget price-tag – there's no built-in Wi-Fi for example, and rear ports are incredibly limited – but thankfully the machine doesn't scrimp where it matters.

Picture quality is excellent, it supports a wide range of audio codecs and formats, and there's also streaming services built in if you're willing to go down the wired ethernet route. 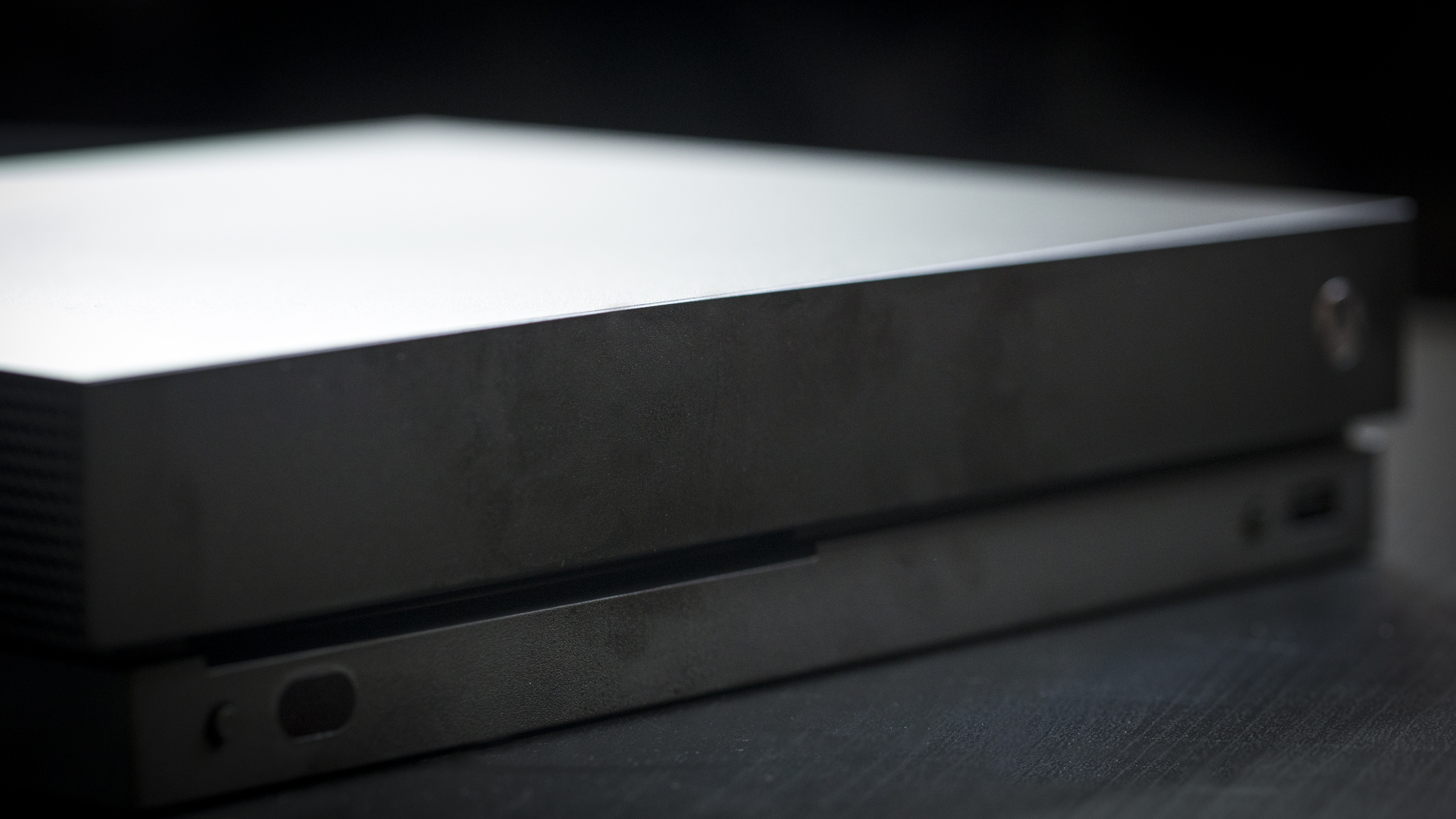 The Xbox One X is a beast of a gaming console. It offers 6 teraflops of performance, 12GB of GDDR5 RAM and an eight-core CPU clocked at 2.3GHz. By far and away, it's the most powerful device listed on this page. But despite all that power under the hood, it's not the best 4K Blu-ray player. Sure, it can play 4K UHD discs – and it even supports Dolby Atmos audio – but the images that it produces aren't likely to blow you away. That's probably because the Xbox One X doesn't have the same level of picture-upscaling that some of the other dedicated media players on this list have. While the Xbox One X might not be as good of a 4K Blu-ray player as the Oppo or the Sony, we'd like to see either one of those players handle an Xbox One X game. 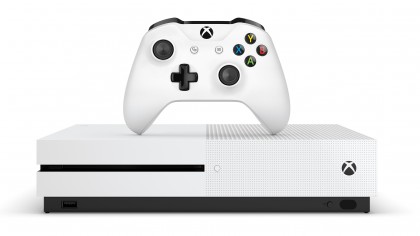 Not holding the title of a "proper Blu-ray player" doesn't stop the Xbox One S from being a great, cheap way to play 4K Blu-ray discs.

Sporting a Blu-ray disc drive and the capacity to run Netflix in 4K Ultra HD, Microsoft's latest iteration of the Xbox is a great 'jack-of-all-trades' machine that's capable of satisfying your UHD disc needs as well as playing the latest console game released for the system.

The downside of it being able to do everything is that you'll be working with an interface designed primarily for gaming. The controller that comes with the console isn't the most efficient way to control movie playback, and the machine lacks support for Dolby Vision.

Regardless, if you want a machine that can handle both your gaming and your home cinema needs, the Xbox One S is the console for the job. 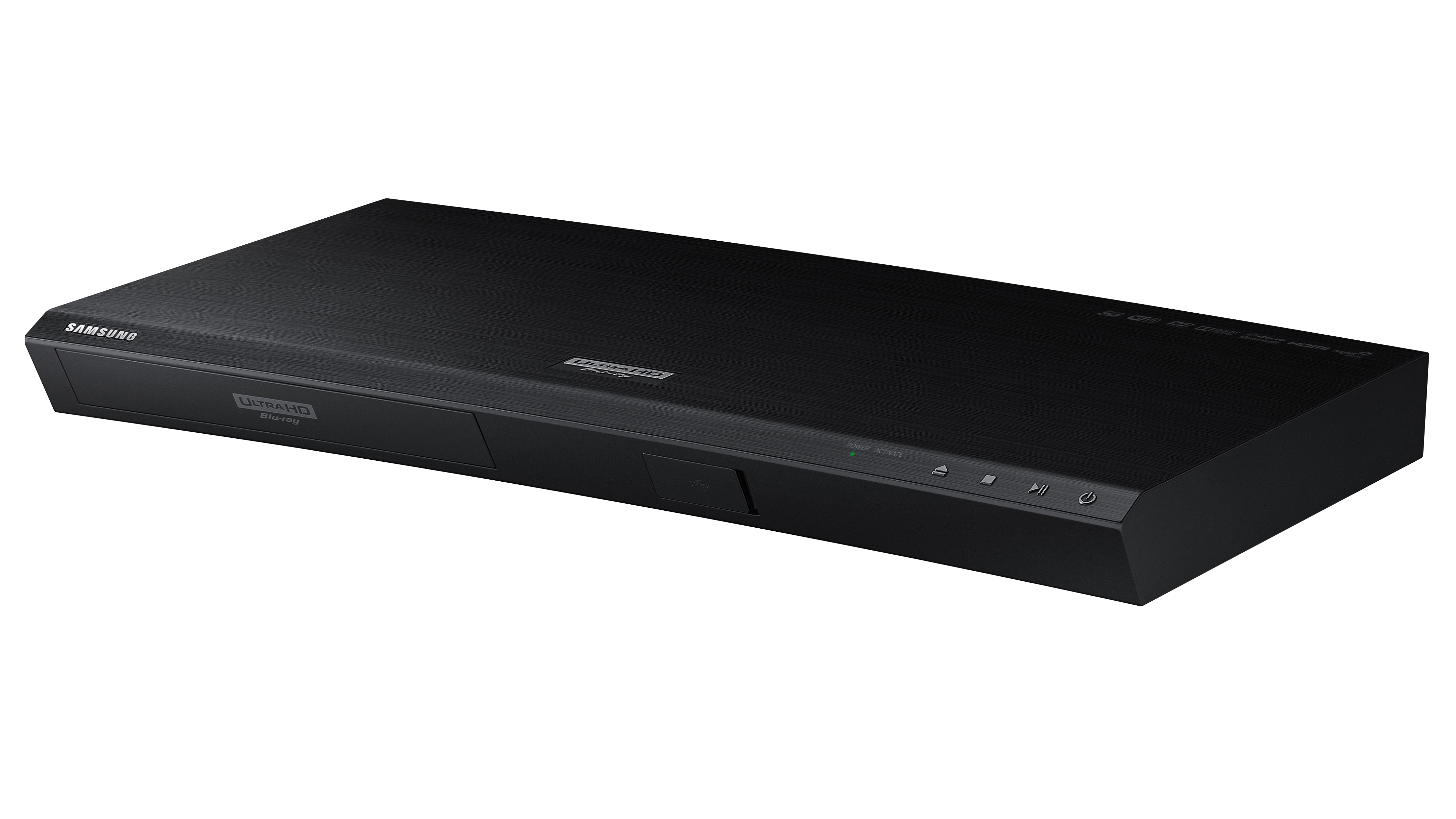 The K8500 is currently the cheapest route into 4K Blu-ray. It's also a useful hub for 4K OTT services from Netflix and Amazon, and while the design is a bit Marmite, you'll be consistently impressed by its loading speed and colourful UI.

You can get better image quality, support for more formats and better build quality by spending more money, but if you want a cheap machine that covers the basics, then the Samsung UBD-K8500 is yet to be beaten on price.